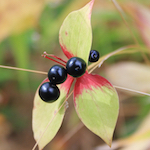 No matter how much other ‘progress’ we make, it won’t matter until we face and commit to changing harmful behavior patterns, and act to heal the environment — our home. By healing the environment we can heal ourselves; by healing ourselves, the world slowly heals. Amanda Painter looks at this weekend’s astrology through that symbiotic lens.

With each new natural disaster that has swept through the news recently (hurricanes, floods, fires, earthquakes…) it feels as though the planet is trying to get our attention: no matter how much technological ‘progress’ we make, it won’t matter until we face the damage we do to the Earth, commit to changing harmful behavior patterns, and act to heal the environment — our home. By healing the environment we can heal ourselves; and the process can also work in reverse. 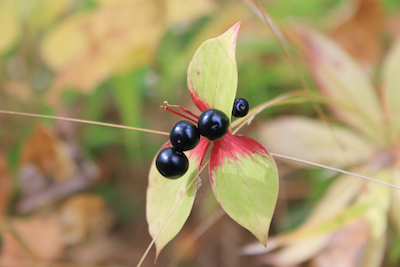 Interestingly, the astrology now and through the weekend speaks to this dynamic.

And although it may seem to be speaking on an entirely personal level, extrapolating the message to the macro level and applying it to the planet (both environmentally and socially) makes sense. But let’s start with the personal.

Tomorrow (Friday), Mercury in Virgo opposes the centaur planet Nessus in Pisces. I wrote this week on Planet Waves that this aspect “looks like a reminder: no matter how logical and rational you think you are, emotionally dysfunctional patterns from the past (including those you’ve inherited from your parents or grandparents) need to be faced and seen for what they are, and for what they to do to you. Once you can see them, you can begin addressing and disarming them.”

It’s worth noting that just yesterday, on Wednesday, Mars in Virgo made its own opposition to Nessus. And on Saturday, Mercury and Mars form a conjunction. So this Mercury-Nessus conjunction also has the firepower of Mars behind it.

I mention this because it suggests that reactivity could be something to watch out for — especially reactivity that has old (including karmic or intergenerational) roots; and even more especially reactivity that finds expression through cutting words, a sarcastic tone, or a blunt or particularly critical attack. That said, the rational, grounded earthiness of Virgo could help to temper the Martian force. If you feel provoked — or like someone is getting provoked by you and you don’t know why — keep your energy grounded. Pausing to really breathe deeply before responding can help.

Notice the situations in which your old emotional patterns tend to get in your way, or undermine your ability to stay focused and get work done toward what you say you want. You can stop that proverbial buck (a Nessus theme), but it requires that you see the situation for what it is and understand why you keep letting it happen. This is not always easy, but it’s possible.

As Mercury and Mars separate from Nessus, they make their own exact conjunction. This occurs at 3:01 pm EDT on Sept. 16, in Virgo.

I mention this again because this is the second of two Mercury-Mars conjunctions, thanks to Mercury’s recent retrograde. The first conjunction happened in (drumroll…) the exact degree where the Aug. 21 total solar eclipse occurred. So, not only does Saturday’s conjunction serve as a kind of ‘second try’ in opening the Mercury-Mars conversation, it carries the energetic signature of the eclipse forward to new ground.

While the need for awareness regarding over-identifying with your ego and possible defensiveness still applies, it also looks like there may be more potential to put this energy into useful service. Heaven knows there are plenty of people, animals, communities and ecosystems in need right now of some focused work by people with some stamina. If you see someplace that could use your efforts, dive in.

At the same time, you may be in a place (emotionally or geographically) to use this energy on a more personal level. In a natal chart, Mercury conjunct Mars can indicate a “mechanically inclined mind.” What do you need to put together — or take apart and then put back together — in your life, literally or metaphorically?

Another major aspect this weekend indicates one of the many possible areas that could ask for your attention: food (including where it comes from). On Sunday, Sept. 17, Uranus in Aries squares Ceres in Cancer.

This could be a warning about impulsive eating, especially if you’ve been feeling completely overwhelmed by all the chaos and pain in the world, and the way it’s coming at you nonstop through the media. Yet Uranus-Ceres also could indicate this is a great day to try a new, healthy food — or to jump-start a healthy new routine around eating and cooking.

It’s important to remember that food is not love; that equation gets garbled and reversed and made toxic for many people in childhood. Yet, it’s also incredibly important to remember that eating well and making sure those around you are nourished is a way of taking care — of yourself, and of others. It’s a form of dharma, or “acting as if to hold the world together.”

There are many other ways we can demonstrate that caring — from donating to relief charities, to buying a neighbor groceries, to pushing for corporate-level efforts to drastically reduce global warming, to using only organic and sustainable practices in your home garden. Like I said: our healing and that of the planet are part of the same process.

5 thoughts on “Tending New Ground, in a New Way”