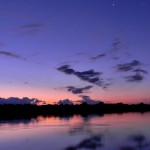 Venus moves into Pisces for an extended stay tomorrow morning. In Pisces, Venus is what’s traditionally known as ‘exalted’ — which is another way of saying ‘very much at home’. Amy Elliott suggests that with a little faith and willingness, Venus in Pisces could offer deep healing and seeds of fresh growth. 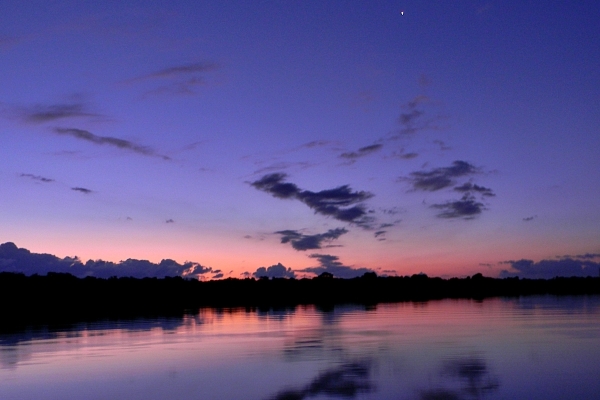 Venus is visible near the top of this dawn photo by Bob Peterson.

In Pisces, Venus is what’s traditionally known as ‘exalted’ — which is another way of saying ‘very much at home’.

Since the mythological goddess of love supposedly emerged from the sea foam, this is hardly surprising. The astrological territory is also familiar and comfortable: Pisces is romantic, gentle and feminine. Here Venus takes on that dreamy quality that’s woven into classic fairytales and love stories. This is pretty much archetypal in nature; hence why these tales have lasted so many generations.

There can be a feeling of magic in the air. This may be particularly the case as Venus will be in mutual reception with Jupiter, Pisces’ classical ruler, which is currently in Libra.

More substantially, Venus’ lengthy tenure in this sign will involve a long conjunction with Chiron. This could be incredibly beneficial in terms of healing, especially if you’ve felt rather buffeted in the past year. There’s a pleasant feeling to this placement akin to soaking in a relaxing bath: it can soothe all sorts of aches and troubles — if you allow it to, that is.

As peacemaker, Venus in this sign should also be invaluable for mending rifts between people. This could be accentuated by the sextile to Mercury in early Capricorn. It does require actively working with the flow, and allowing common ground, where it sincerely exists, to be a valid reasoning point.

If you need this energy to work for you, note that its operation usually depends on a certain amount of faith. Trying to force the issue will often result in it slipping out of your grasp. Trust in the power of the goddess; move with her when you are able, and allow her to mould your ideas and imagination with characteristic gentleness. You will probably find fresh seeds planted and waiting to grow.

7 thoughts on “Star of the Sea: Venus Enters Pisces”