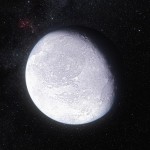 For those who have been watching with dismay as these travesties have gone down over the decades, what’s now happening is a culmination point: the total unraveling of a fraudulent candidacy, of the candidate himself, and of his entire political party, which is now lying in tatters.

I would remind you that what’s happening is much, much larger than it seems. It represents something going on not just in the foreground, but in the wide and deep and invisible background.

Hold that thought. Let’s go to the astrology. Today we have an exuberant aspect: Mercury conjunct Jupiter in Libra describes intelligence, beauty and balance. It describes a moment of awakening. But there are other, more sensitive aspects brewing.

The first is the Aries Full Moon, which takes place Saturday night into early Sunday, depending on your time zone. The Full Moon is building like a wave that crests in an exact conjunction to the goddess of discord and identity crisis, Eris. It’s also conjunct Uranus, a planet associated with the electrical and electronic realm. It’s also the planet of revolt and “expect the unexpected.” There’s a hint of violence with the Moon, Uranus and Eris in the sign associated with aggression.

A Full Moon in feisty Aries aligned with this era-defining conjunction means that anything is possible. At minimum, we will proceed through the week with mounting tension and a sense of not knowing what’s next. By Friday, we could see events move so quickly that news breaks by the hour. Astrology does not always deliver what is described in the chart, though that is what’s described.

Meanwhile, a conjunction between Mars and Pluto is building in Capricorn. Mars is still slow and powerful after its retrograde process that’s lasted all year. Two potent, focused energies are about to make a conjunction in the sign of government. This has a potentially violent feeling. Arlene Kramer, one of the master astrologers of our time, once said that in her opinion the keynote of Pluto in Capricorn was “heads will roll.” With Mars (which represents the head) in the equation, that’s a little ominous. It might represent many things, including something or someone being incapacitated.

Doing the chart for next week’s weekly horoscope, I noticed that the asteroid Requiem is mixed in with the Mars-Pluto conjunction. Requiem is the Roman Catholic mass for the dead. There are other hints in the chart: the presence of an asteroid about overreaction (Ophelia) and another about interwoven threads and conspiracies (Arachne).

I am not here to make predictions; I practice the philosophy that astrology can be used to avert problems, or turn negative forces to positive ends. As Marshall McLuhan reminded us, there is no inevitability as long as there is willingness to contemplate what is happening. Pay attention, and please keep your mind available and focused on dispelling violence and hatred against anyone, for any reason.

The above is part of the Oct. 11 Four Winds Report, which you can access here.