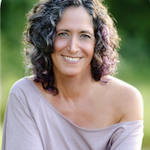 Tantra and sexuality educator/therapist Prana Regina Barrett’s journey to using language that’s more inclusive of transgender participants in her workshops holds valuable insights for all of us — not just teachers of Tantra or sexuality workshops.

Educator/therapist Prana Regina Barrett’s journey to using more inclusive language in her workshops holds valuable insights for all of us — not just teachers of Tantra or sexuality workshops (but if you are one, we’d love to read your thoughts). This piece was originally published on Decolonizing Yoga and republished here with the author’s permission. — Amanda

My husband and I have been sharing Tantra workshops worldwide for many years. Despite the historical heterosexual paradigm that Tantra has held, we haven’t practiced such a limited perspective on sexuality or gender in either our personal lives or in our teachings. And in keeping with this, we promote our workshops to all genders and sexual orientations. 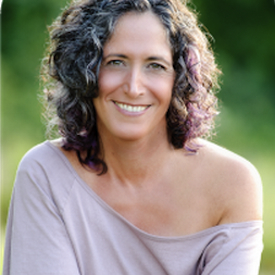 Because Tantra’s primary principle refers to balancing “masculine” and “feminine” energy within, those are the terms we used for many years. Knowing that this language may not fit the experience of the transgender community, we were careful when it came to teaching partner yoga practices that can be applied during lovemaking.

We made it clear to our students that partners should feel the freedom to choose whether they want to be in the traditionally male or female role. This seemed to work fine until last year, when a transgender man chose to study with us.

As it turned out, it wasn’t our language used when sharing these practices that turned out to be the hardest challenge for him. Instead it was the seemingly benign practice of dividing our group into male and female sharing circles. Because he knew that his fellow students were unaware of his history and gender identity, our student went along with the flow and sat with the rest of the men in the men’s circle.

Later, however, when we shared as a whole group, he revealed to everyone both the fact that he is a transgender man and also that, despite passing as male in society, he felt like he didn’t belong in either circle. At the break, his act of coming out had such a strong effect on his emotional body that he was crying and uncontrollably shaking. First our assistant and then I needed to provide skilled trauma soothing to help him to come back into balance.

We did a good enough job that he continued Tantra studies and completed our teacher training. Throughout the training, I would find myself in situations where I knew I was using insensitive language and would have to ask him for the best words. He was forgiving and helpful, and he was also challenged sometimes to find the right words to use.

He has agreed to let me share his story and has participated in the writing of this article to bring awareness and sensitivity not only to Tantra teachers, but to all practitioners who are unaware that there could be someone who identifies as transgender among their students or clients. As part of his final project, our student gave us a lesson on how to be sensitive to the transgender community when teaching.

I have included some of that information here. And although I wrote this article primarily for sex and Tantra educators, it includes language that is helpful to all who are teaching the general public.

One of the first things we need to do, as sex and Tantra educators, is train ourselves to drop the terms “masculine” and “feminine” and instead use descriptive words such as soft, gentle, nurturing Earth energy, and strong, assertive, active Sky energy.

We need to do this to acknowledge the reality that we as teachers may not always know the gender history or identity of our students. Although in this case our student had revealed to us his transgender male identity in his application, it could have been the case that he did not. Or there could be someone in your class who is questioning or transitioning their gender, or does not conform to the gender binary assumptions of “masculine” and “feminine.”

Thus when teaching, and this applies to all teachers, always assume that someone in your class does not want to be identified as “female” or “male.” Instead of saying “The woman to the left,” use some other non-gendered identifier, such as “The person in the blue shirt.” This small change could make a huge difference to that person.

As you may have picked up on already, the term “transgender” covers a broad spectrum of people. It includes not only those who are questioning their gender and those who have changed their appearance, but also people who do not fit the gender binary. There are very helpful articles already written on the correct vocabulary to use. One of the best online resources is GLAAD’s tips for allies.

It is always best to steer clear of labels. Follow the lead of each individual and their self-determined identity. Use the pronouns and adjectives that they use to refer to themselves. Do this regardless of your judgments about their physical appearance.

On offering men’s and women’s circles, after in-depth discussion and some feeling of loss, my husband and I have switched to sharing sexuality as a whole group. We had been focused on the value of single-gender circles when it came to sharing sexual concerns associated with having male and female reproductive systems, like erectile disfunction or low labido that can be a symptom of menopause. Yet there is even greater value when people of all genders and sexual orientations share sexual concerns as a whole group. After all, we often share sex together, so why not communicate our concerns to one another in a peaceful, open and honest circle? In my experience, this is most inclusive and beneficial for all.

Our society bombards us with advertising and other propaganda that displays a narrow perspective on sex, and for transgender people in particular these images often do not match up with their physical or emotional reality. This can result in obstacles to sexual engagement and to the ability to orgasm. Healing from the trauma this inflicts can be a slow journey. The subtle sexual energy circulation and connection that Tantra provides can help. Making your workshops, classes and private sessions welcoming to the transgender population is a valuable service and can make a huge difference in an individual or couples’ sexual health and life.

I know, it’s a huge shift and it takes intentional monitoring and adjustment of the language you are using, but it’s important. It also allows you to reach more people who could benefit from your teachings. When you do it enough, it becomes natural. This is how cultures evolve.

Prana Regina Barrett, BS, MIA, E-RYT, CYT, author of Lighter: Living Tantra, is the founder, lead educator, and yoga therapist at Tantra to Love™, a private practice and school offering private sessions, workshops, sacred union ceremonies, and retreats worldwide, as well as the Tantra to Love™ Lifestyle Immersion and 60-hour Educator Certification Program. She has created the audio podcasts Self Love: Gentle and Restorative Asana Flows with Photos of Poses. Gina is currently offering workshops called Balancing Energy with Yoga and Qigong worldwide. She has been facilitating playful, transformative, and engaging workshops for 30 years while creating a safe container for physical and emotional transformation. Her websites are: tantratolove.com and pranaheals.com.

3 thoughts on “Queering Tantra: Beyond Masculine and Feminine”