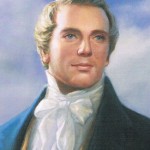 The planets in the solar system do not orbit the Sun on a flat geometric plane. Rather, they are all inclined on an angle to what is called the celestial equator — the Earth’s equator projected into space. This week Mars is as far south of the celestial equator as it gets (about 24 degrees), and that is a condition known as out of bounds.

One of our researchers, Shelley Stearns, noted in a comment to Monday’s diary that Mars is out of bounds — just as it makes a conjunction to Pluto and Narcissus, and a square to Uranus. 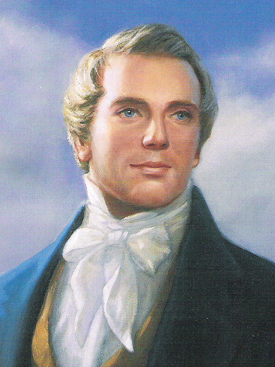 The planets in the solar system do not orbit the Sun on a flat geometric plane. Rather, they are all inclined on an angle to what is called the celestial equator — the Earth’s equator projected into space. This week Mars is as far south of the celestial equator as it gets (about 24 degrees), and that is a condition known as out of bounds.

So, while Mars is making its current high-energy conjunction to Pluto and a square to Uranus — which may be tense, emotionally exhausting, arriving with various trials and/or very exciting — it is also in this over-extended state. Depending on who you ask, this might manifest as erratic events or states of mind, or some unpredictable result.

Among other things I would repeat my caution about doing anything vaguely dangerous, such as crossing the street or base jumping, without applying real mindfulness.

If things have gone to an extreme in your life, you may notice that they start to come back to within the range of normal, whatever that means in a time when nothing is really normal. This is a bigger issue than we think. Media philosopher Marshall McLuhan cautioned that we were living a century in a decade 40 years ago. The pace of existence has increased exponentially since then, yet we do little reflecting on what this actually means and how it impacts us.

I am always curious how unusual astrology will manifest in the public sphere. Since Mars was involved, placed in the sign Capricorn, I thought there might be some interesting news about sexual boundaries.

We got a little something along those lines. The New York Times reported that Joseph Smith, the founder of the Mormons, had 30 to 40 wives, some of whom were the wives of other men. This fact, confirmed by the church itself, is testing the faith of some members, many of whom viewed Smith as the perfect person. Well, now they need a new definition of perfection.

The Daily News reported today that New York City will stop arresting people for small amounts of cannabis. Pot arrests have definitely gone to an extreme, especially under New York’s long-standing “stop and frisk” policy. This decision is a move away from that extreme, toward a more sensible position, particularly as state after state legalizes cannabis for recreational use.

What always confuses me is that New York State decriminalized small amounts of cannabis in the 1980s; it has since been a violation rather than a misdemeanor. Many locales never stopped just giving tickets. New York City went the other direction. And there are many, many serious issues with the War on Drugs; this move seems to be a means of distracting people from those problems.

Then there was this item — a woman named Sue Ann Hamm will receive a billion-dollar divorce settlement from her ex-husband, oil man Harold Hamm. It is not the largest divorce settlement in history, however — a Russian man paid his wife a $4.8 billion settlement earlier this year.

I will be considering Mars out of bounds on tonight’s Planet Waves FM, and a few other topics — the many Scorpio planets that are now conjunct Saturn, and the chart of media philosopher Marshall McLuhan. My musical guest will be jazz guitarist Frank Vignola.

I usually post Planet Waves FM by 6 pm EST. See you there.

9 thoughts on “Party Out Of Bounds”