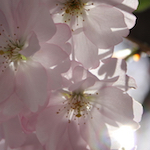 In just five days, Uranus will leave Aries and enter Taurus. Since Uranus is the planet of surprises and revolution, and Taurus is the sign of practicality and habit, this transition could feel a little jarring. Yet as Amanda Painter describes, this week’s astrology looks like it’s preparing the way — mentally, at least — for this transition, thanks to Mercury.

In just five days, Uranus will leave Aries and enter Taurus. Since Uranus is the planet of surprises and revolution, and Taurus is the sign of practicality and habit, this transition could feel a little jarring for some people. Yet this week’s astrology looks like it’s preparing the way — mentally, at least — for this transition. 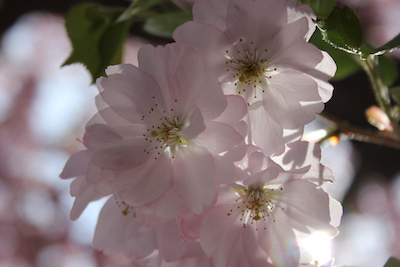 This is because some of the most significant aspects over the next few days involve Mercury, the planet of the mind.

As we all know, often the biggest factor in how well we’re able to meet challenges, unexpected changes and flashes of insight is our state of mind. Attitude, perspective and openness can make all the difference in the world. You’ve heard the saying: a mind is like a parachute; it only functions when open.

Some of this week’s astrology looks like it will make it a little easier to live that maxim; some of it might present a reminder in the form of the opposite — that is, a struggle to be clear-headed. All of it reminds me that the more one can be the agent of change — rather than simply at its mercy — the better one can navigate life’s difficulties. For many of us, that’s easier said than done, but I think practicing with the ‘small stuff’ can help.

As mentioned, Mercury is busy right now. It’s currently in late Aries, making its way between Eris (which it made a conjunction to on Wednesday) and Uranus (which it will conjoin on Sunday). One reading of this is that we’re all especially mentally tuned to the cultural chaos the internet has been so effective at fostering and broadcasting these last couple years.

Yet in between, Mercury is making aspects that bring in many variations on the themes of ‘what the internet is doing to our minds’ and ‘how we can use our minds to respond’. For example, there appears to be some support in thinking of your ethical responsibility to your fellow human beings in a new way — a way that better enables you to make the most of some kind of second chance, or to see the bigger picture of cause and effect better. I can’t help but think of a recent article in New York Magazine in which several early pioneers of the internet and social media express their regrets for not seeing the potential negative consequences for what they were building.

It’s worth mentioning specifically that on Saturday, Mercury in Aries makes a square to Mars in Capricorn. Mars aspects tend to activate days prior to when they’re exact, so this is a good one to have on your radar now. Often, Mercury-Mars squares manifest as irritability and defensiveness.

If you find yourself in a situation where you genuinely need to defend your ideas or beliefs in a debate of some kind, beware identifying too closely with those ideas and beliefs. Remember: a threat to your ego is not actually a threat to your life, or to your right to exist and be who you are. It’s possible to debate ideas and argue beliefs without needing to decimate your ‘opponent’.

Any such debate might actually offer you some exciting, new ideas to ponder, since Mercury is also approaching its conjunction to Uranus in the last degree of Aries (exact Sunday at 6:50 am EDT / 10:50 UTC). The combination of Mercury in Aries, a square to Mars and a conjunction to Uranus presents a serious challenge to thoughtful consideration, though. Mercury-Uranus is all about fast, stimulating thinking and communication.

If your mind does not feel too scattered, you may find that your intuition is on fire this weekend, which is great for any kind of original, clever work you need to do. Taking notes and then testing these ideas later might be helpful, given how fired up things are (the Moon will also be moving through Aries this weekend, adding another layer of emotional impulse). Should you be feeling nervous or jumpy, it’s worth taking extra care while driving and traveling.

Taurus season always offers a reminder to take time to relax consciously, meditate, make some art (or love), or just unwind with quiet sensory pleasures or a walk in nature. This week in particular these activities could do a world of good to bring you back into your body instead of just burning up all kinds of mental energy. When Mercury enters Taurus on Sunday at 8:40 am EDT (12:40 UTC), it should help you to slow your thoughts down and focus on practical, common sense details.

Mercury is running vanguard, entering Taurus just two days ahead of Uranus. This may come as a relief — some grounding to balance the quickness; a little ballast to help you stay upright in the face of any big, Uranian surprises next week. There’s a difference between grounded-ness and stubbornness. Hint: it has to do with having that parachute open, yet knowing how to land.