We have been journeying between eclipses since Feb. 10. Now we are on approach to conclude a period of essentially being in transit from one place to another, and we’ll arrive with the Pisces New Moon and solar eclipse on Sunday. Len Wallick offers some travel advice to you today.

Depending on who you are, Feb. 10 probably seems like an impossibly long time ago, or only yesterday. Either way, there is no reason to worry. The Full Moon in Leo which took place on Feb. 10 was not just any opposition from what was then an Aquarius Sun. It was a lunar eclipse.

More specifically, it was the first of two eclipses. The next one (a solar eclipse with both the Sun and Moon merging in Pisces) will take place Sunday.

Eclipses happen when the Sun is near one of the calculated points in the sky (and on the zodiac) called lunar nodes. Eclipses also tend to take place in pairs. That’s because the Sun nearly always remains in the requisite proximity range of a lunar node to precipitate a solar eclipse at the New Moon, two weeks after a lunar eclipse at the Full Moon (or vice-versa).

The two weeks between a typical pair of eclipses do not often feel so typical, however. For many of us, the period from one eclipse to the next is marked by either a flurry of events in your outer life, or a lot of change within you — possibly both. After the second, and concluding, eclipse it is therefore not unusual to to look around and find yourself in some way far from where you were only a fortnight before.

If you put your mind to it, you can look ahead to eclipses, and plan for them. You can put the usual perception of time distortion to use. Even if you have not prepared in advance for the pair of eclipses now drawing to a close, you can still do more than simply let things happen to you.

You can start by planning ahead. The upcoming solar eclipse will not be visible to most Planet Waves readers, but you can time it. Basically, by 10 am EST (15:00 UTC) on Sunday, you will have initiated emergence from the eclipse zone. Upon doing so, act as if you have just arrived at the end of a long journey. Look around. Reorient yourself. If the nature of your new environment is not already apparent to you, proceed to gather and collate information.

A large part of physical travel to a different climate from the one you are accustomed has to do with clothing and shelter. For example, if you live in a northern temperate zone at this time, an overcoat or warm hat might still come in handy. If you flew to Tahiti, however, you would probably want to leave those formerly essential items behind. The same practice (but often more metaphorical than literal) applies to when you arrive on the far side of a pair of eclipses.

Therefore, before Sunday is too far gone, begin looking around — both inside and outside yourself. Observe with a purpose: that of evaluating what you are exposed to, and how that’s changed since before Feb. 10. Take note of what challenges no longer exist, and vest yourself from any practice or devices you previously employed which are no longer needed to protect yourself. Then, take stock of any new sources of exposure (physical or otherwise) and initiate actions to enhance your sense of comfort and safety.

Most of all, assume nothing. Behave as if you are a stranger in a strange land. Listen, learn and adjust to everybody you encounter, no matter how familiar. Everybody on Earth is going through this together, after all. Then, as you become consciously aware of it, give some thought to appropriately expressing what has changed for you.

It’s a fair bet that a significant portion of your world is no longer the same as it was before Feb. 10. The same is almost certainly true inside of a significant number of people. In addition, many of those who do not employ astrology as a tool are less likely than you to be fully aware of what has happened (and may still happen), because they do not have the same frame of reference. All of which leads to you.

As somebody who does use astrology, you have a role to play after Sunday. It may seem like a passive role, but only if you think of patience and alertness as forms of inaction. The period immediately after a pair of eclipses is, first of all, a time to take in what you can, then to inquire as necessary, and finally to act.

One way or another, we will all get our bearings eventually. If you do manage to get yourself reoriented sooner rather than later, please remember to be kind to the rest of us who may not have traveled so well. 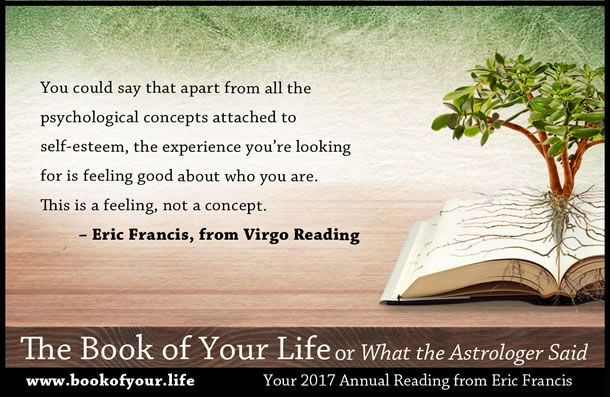 6 thoughts on “On Approach”