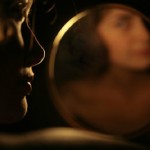 Overnight Sunday into Monday, the Mars-Neptune square is exact. Mars is in Sagittarius, making a square to Neptune in Pisces. In Thursday’s subscriber edition I covered a number of manifestations of Mars square Neptune, with ideas how to work constructively with the energy. One of my long-term subscribers wrote to me this weekend and said, […]

Overnight Sunday into Monday, the Mars-Neptune square is exact. Mars is in Sagittarius, making a square to Neptune in Pisces. In Thursday’s subscriber edition I covered a number of manifestations of Mars square Neptune, with ideas how to work constructively with the energy. 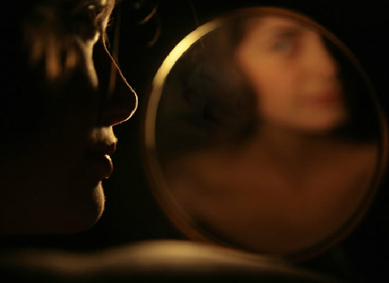 One of my long-term subscribers wrote to me this weekend and said, “I was surprised that you did not (for once) mention the sexual aspects. Would there not be a lack of integration/confusion, etc. of the masculine energy, so that it is either augmented or as [astrologer Frank Clifford] says ‘lame duck that has to bow to the forces greater than himself`?

“The only solution seems to be a spiritual approach or motivation regarding what is implied by the aspect.”

Actually, I woke up Friday morning thinking something similar — that I had left the sex angle out of my article from the evening before, and that it would have made an obvious point to include. I tend to trust this kind of error, and this one seemed to have a purpose akin to sparking that particular angle of the discussion without mentioning it.

There is definitely some tension between carnal desire and the universe of sexual imagery that we are soaking in almost all the time. Fantasy is powerful; in it, someone has total control, and then like many things, it can take control over them.

That control is compelling, and it seems like reasonably safe territory to explore because, at least in theory, so little can go wrong. Expressing physical desire physically, it seems like there is so much that can go wrong. And there are plenty of people who just don’t care; they go for it anyway.

Neptune also represents the presence of alcohol, or any other substance, though alcohol seems to be the psychic-sexual lubricant of choice for most people who need one. Alcohol seems to be involved in the majority of sexual encounters. That is a little weird. It reveals an underlying discomfort with desire and with physicality.

In the Mars to Neptune pairing, Neptune would seem to have the greater power. We do have a scenario of Mars bowing to the greater force, whether it be a substance, or in the suitably nebulous terminology of Frank Clifford, some spiritual impulse. But what, exactly, is that? Mars square Neptune also looks like Mars impregnating that (often seemingly inert) spiritual force with something hot and human — something that must be addressed.

In lived reality, healthy sex is a balance of fantasy and physical expression. Both are essential. One leads the way to the other. There is always a touch of delusion to hot fantasy and hot sex. There is often the sensation of a dream when sex gets really interesting, and in the hours and days after it happens, it can certainly seem to exist in a dream reality of its own.

Mars square Neptune is, at least, a real meeting. Whether it’s honest or deceptive, imaginative, artistic or laced with denial, whether it’s inert or active, seems to be a matter of choice.