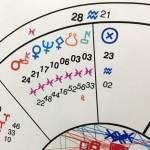 The figure above is a sample of the inauguration chart for Donald Trump, the moment he became president. I’ve been staring at this chart every day for nearly two years; it’s hanging on my studio bathroom wall. Slowly it’s starting to make sense. 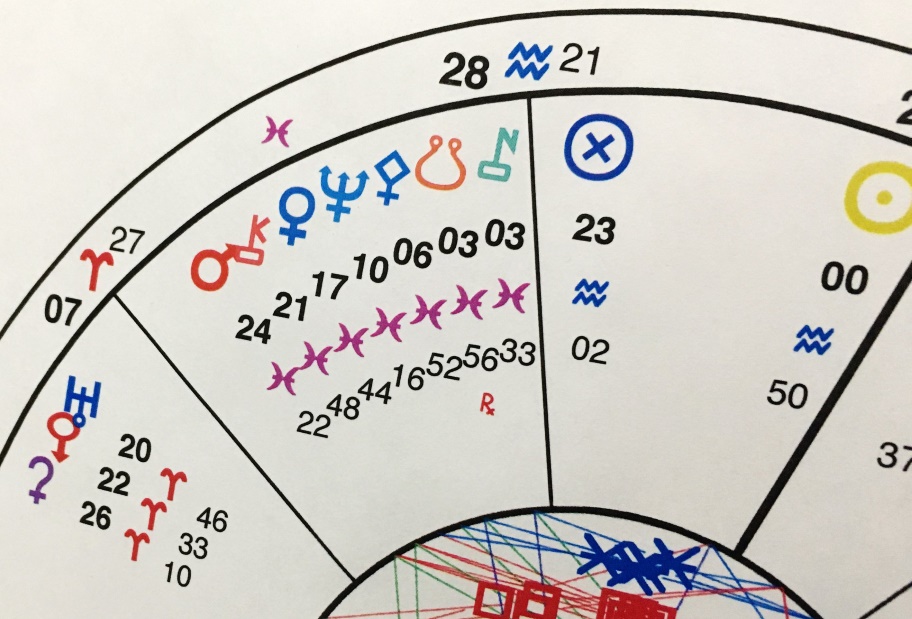 The figure above is a sample of the inauguration chart for Donald Trump, the moment he became president. I’ve been staring at this chart every day for nearly two years; it’s hanging on my studio bathroom wall. Slowly it’s starting to make sense.

Notice the cluster in Pisces. That’s in the 11th house, the house of groups; all the planets are in Pisces, the sign of the public. The prior house, to the right, is the 10th — the house of executive power. All year long, Mars has been dancing around the inauguration’s 10th house, going back and forth over the Sun. Last week, Mars made its way into Pisces, where it begins a new odyssey in this chart: making a series of conjunctions to all of the planets, and the South Node. 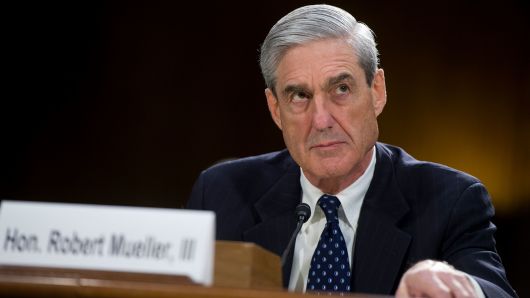 This coincides with the end of the election season, and the House of Representatives being taken over by the Democratic Party.

With Mars passing through Pisces, we may have a power-to-the-people moment. It’s also when Robert Mueller III, the special counsel investigating Russian interference with the 2016 election, is likely to make some of his biggest moves.

Because there are many planets in this cluster, this is a story that will have many chapters. I’ve described some of the themes below; let’s see which of them play out in real time and real life.

The most interesting thing in this cluster is Nessus conjunct the South Node. This represents the kind of abuse legacy we’ve seen Trump dripping with, though the thing to bear in mind is that this is not new material. It’s the “karmic” kind of old — the South Node — and the ancestral kind of old — centaur Nessus.

Nessus is not just about abuse; it’s also about the violation of trust, it’s about deception, and most significantly, it raises the question of “what really happened?” Nessus does not ascribe responsibility on its own; that must come out of the rest of the chart, and the fact pattern. And in any event, this chart points to the past, including the past of the population itself: that which has not been addressed, resolved, or spoken of honestly.

Reading right to left, the next pair is Pallas (the diamond-shaped asteroid of law and polices) conjunct Neptune (deception, delusion, idealism). This represents the tendency of the American people to be ignorant of actual matters of law and politics. More troubling is that it represents the tendency to be susceptible to fraud, hucksters, and con men.

Neptune is like a bubble people get trapped in, and we keep using the word “bubble” to describe the self-selecting way we get our so-called news. If you haven’t noticed, a great many people believe only what they want to believe, regardless of the facts. Who do you know whose mind can be changed by new information? 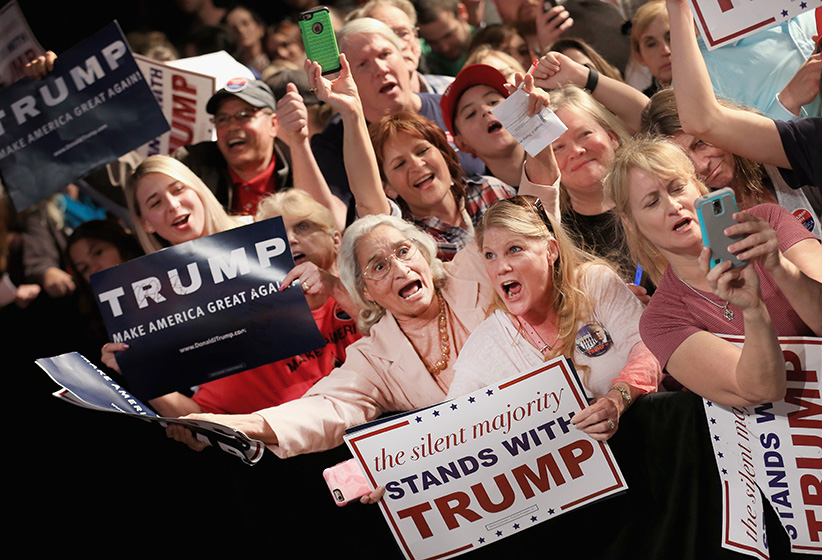 People eager for Trump’s autograph at a Feb. 26, 2016 campaign rally in Fort Worth, Texas. Photo by Tom Pennington.

Worse yet, Neptune is about glamour and image; it’s the planet of illusion. For many in the U.S. right now, the political sphere is attractive because it’s so glamorous, particularly the executive branch.

It’s bathed in this curious, glowing allure that makes it seem like something it’s not. Those are the pep rallies reminiscent of 1938 Germany, with our Dear Leader blathering on about the American Way and terrifying Costa Rican refugees allegedly about to storm the border.

Then is a triple conjunction of Venus, Mars and Chiron. Chiron has a way of amping up the sexual aspects of Venus and Mars. This comes in two flavors: either those inflicted with injuries that they don’t attend to; or those who are in touch with the process of healing their injuries and who have harnessed that power as lovers and/or healers and/or teachers.

Most of the situation in the United States is fueled by repressed, injured, struggling or demented sexuality, and that makes people susceptible to manipulation. I reckon that very few people have any idea that it’s their sexual pain, loss or longing that leads to susceptibility to political manipulation.

Mars leaves Pisces on New Year’s Eve, so the series of conjunctions to this grouping will take the rest of the year. It will culminate with a Mars-Chiron mutual aspect (conjunction) on Dec. 29. Then Mars enters Aries, where it will contact the Aries Point and make a conjunction to (120347) Salacia.

My current take on Salacia, a newly discovered dwarf planet candidate in the outer solar system, is that it represents the need to heal our obsession with the salacious aspects of sexuality and get mature about this most fundamental element of existence. This will not necessarily be a trend, though true to Aries Point style, there will be a few trailblazers, and then a few people will see the appeal in feeling better and letting go of the extreme burden of negativity about our own most basic nature.

Part of that nature involves sexuality — perhaps the deepest. Yet another involves our ability to organize ourselves as a society, and this takes commitment to truth, and commitment to our neighbors. There is no society in any meaningful form without the larger goals that transcend an individual life, and in some way pertain to all of us here.

One thought on “Mars in Pisces is Mueller Time”