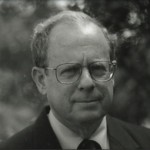 On Jan. 1, 2017, the world lost Jeremy J. Stone: a pioneering arms control advocate who served as president of the Federation of American Scientists (FAS) from 1970 to 2000.

Republished from the FAS Project on Government Secrecy

Jeremy J. Stone, a pioneering arms control advocate who served as president of the Federation of American Scientists (FAS) from 1970 to 2000, passed away on January 1, 2017 at his home in Carlsbad, California. 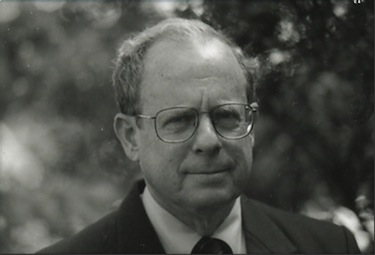 A mathematician by training, he turned to nuclear arms control in the early 1960s with a focus on preventing the development and deployment of anti-ballistic missile (ABM) systems due to their destabilizing potential.

The Anti-Ballistic Missile Treaty, signed by the US and the USSR in 1972, was shaped in large part by Jeremy and his scientific colleagues, who collectively created the foundation for nuclear arms control in the last decades of the Cold War.

Jeremy jump-started the process of scientific exchange with China in the early 1970s. He was a prominent defender of dissident Soviet scientist Andrei Sakharov, and he instituted new mechanisms for monitoring and upholding the human rights of scientists around the globe. He discovered and helped terminate a CIA program to open U.S. mail.

All of these episodes, and many more, were vividly and insightfully described in his 1999 memoir “Every Man Should Try: Adventures of a Public Interest Activist”.

Jeremy was a chess-player, on and off the chess board. He took a strategic approach to his work and his life. He did not drift. He was always on his way towards one goal or another. He might take you with him if you were lucky.

He was a scintillating conversationalist who could successfully engage even the most tongue-tied staffer or physicist. He had a sophisticated sense of humor which he wielded skillfully — perhaps following the example of his early Hudson Institute boss, the nuclear strategist Herman Kahn — to disarm opponents and to make his own ideas more palatable to skeptical or hostile audiences.

He was lucky in love, having been married for 58 years to BJ (Yannet) Stone, a brilliant, beautiful and kind mathematician , who passed away in 2015.

He was an exceptionally capable talent-spotter, and he could see the latent potential in people that they could scarcely imagine in themselves. At the Federation of American Scientists, he gathered a group of scruffy young individuals of no particular academic pedigree or obvious distinction and he shined his peculiar light on them until they bloomed. He presented them (us) with enormously difficult problems — ballistic missile defense, nuclear proliferation, global arms sales, government secrecy — and challenged them to tackle those problems in creative new ways.

Of course, he was not without flaws. His intuitive powers, which usually made him uncommonly perceptive, occasionally hardened prematurely into convictions that proved to be unfounded. In one particularly lamentable episode, he suggested mistakenly that MIT physicist Philip Morrison, a Manhattan Project veteran and FAS founder, had once spied for the Soviet Union. Making such a false allegation could have been an unforgivable offense. But Morrison, himself a person of awesome depth and distinction, forgave him, although with some sadness.

More typically, Jeremy was a profoundly generous and thoughtful person. His intelligence and problem-solving abilities were often directed to meeting the needs of others — not just friends or employees (he once directed poorly dressed staff to buy some new clothes at his expense), but also casual acquaintances, foreigners, children and strangers. He knew how to give a gift, and he usually anticipated exactly what gift a particular person wanted or needed.

Above all, Jeremy was an institution builder, turning the Federation of American Scientists into a public interest platform of significant influence.

“FAS is a legitimate and prestigious scientific association,” wrote Secretary of State Henry Kissinger in a classified cable to the US Embassy in Japan in 1975. “Dr. Stone… is [a] highly regarded lobbyist on foreign policy and has wide contacts on the Hill. Embassy should have no reservations about facilitating his appointments in Japan,” Kissinger wrote.

By the time I showed up at FAS in 1989, the organization under Jeremy’s leadership had become a powerhouse of intelligent and effective advocacy in arms control and quite a few other areas. My own cohort included figures like John Pike, David Albright, Lora Lumpe, and the late Tom Longstreth, to name just a few. Wandering the halls of our Capitol Hill headquarters, I would sometimes run into Carl Sagan, former CIA director Bill Colby, Philip Morrison, Paul Nitze, former JFK aide Carl Kaysen, Ted Taylor, Dick Garwin, former Senator Alan Cranston, and you could never be sure who else. One day I literally collided with Hans Bethe in the hallway outside Jeremy’s office. (No particles were emitted.) Jeremy made all of that possible, providing a forum for scientists and others to participate in the national policy process and a strategic vision to guide them.

After leaving FAS, Jeremy pursued further adventures in conflict resolution as president of Catalytic Diplomacy, created a website in honor of his father, I.F. Stone, and advocated for independent journalism.