This week, Judith Gayle dives head-first into hell, questioning exactly what’s going on in the minds of those strange creatures otherwise known as Trump supporters. As it turns out, a little history shines quite the powerful torch.

In the first few years of this century, I wrote about the death of American college student Rachel Corrie, at the razing of Palestinian homes in Gaza. The demolition site had been declared a combat zone in the ongoing hostility between Hamas gun-runners and the Israeli army. Eventually, the bulldozer driver who ran Rachel down was proclaimed innocent by an Israeli military investigation, her death ruled accidental. That was a long time ago, as politics go, but it was a moment that severed the first strings of unquestioned loyalty to Zionism. 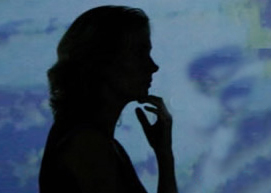 At the time, I was advocating for an end to settlers encroaching on land that had long been held by Palestinian families, and another grim and punishing intifada by the Israeli government. With the majority of Americans unquestioningly supportive of Israel, I was, essentially, spitting into the wind at the time; but my concern was not just for the situation at hand but for the generational signature that warring produces.

When one is raised in war, anxious from the cradle, subjected to violence and death, steeped in heated rhetoric and injustice, one’s internal gyroscope will be set to survival, resentment, hatred. We see it everywhere we look when we peel back the ‘what’ and examine the ‘why’.

We see it in Africa, where child soldiers seem inured to death and killing. We see it in Syria where those fighting on the ground, including both the U.S. Pentagon and CIA, are connected so incestuously to one another that we can’t tell the players without a score card — sometimes, not even then. We see it wherever ISIS works its dark mojo, merciless, drug-addled and mindless in its attempt to punish those not pure enough to suit its brutal version of God.

This kind of psychological imprint doesn’t need declared war to warp our children. In Colombia, in Rio, in Yemen and in most every third-world country we can think of, poverty has locked the population into a culture of tyranny and victimization by war lords or drug cartels. In the farthest reaches of the jungle, corporate bullies take without permission, confident in international trade laws that favor them.

And let’s not forget that America has its own versions of Rachel Corrie, run down by the machinery of authoritarianism and race hatred. They have names like Trayvon and Tamir and Sandra, and they stumbled into danger unwittingly, with even less awareness than did our idealistic young peace activist. Now, the movement to convince us that their lives do, indeed, matter is under attack by those who have decided they don’t.

I’ve read several articles lately informing me that now the cat’s out of the bag: America is a racist nation. The irony that Obama, as the first black president, would have become an even more hated (possible?) individual, his authority ignored and obstructed, if he’d attempted to lift up his own race can’t be lost on us.

Truthiness has won the debate. Statistics show that over half of conservatives in general, and Republicans specifically, believe Obama to be a Muslim born in Kenya, strategically placed to further the Democratic agenda. How this devious plot occurred, and authored by whom, is neither asked nor answered; it’s simply believed wholeheartedly by those who want it to be true.

This week, George Zimmerman — poster child for race hatred and vigilantism — decided to put the gun he used to kill Trayvon Martin up for sale to the highest bidder. It was, he declared, “a piece of American History,” and he would use some of the money to fight against government injustice, Black Lives Matter and Clinton’s anti-gun rhetoric.

We allowed this man to get away with murder, proclaim himself a hero against the frightening (and largely illusory) specter of faceless troublemakers everywhere, and now we’re allowing him to make a Holy Grail of the weaponry he used to do it. Thanks to the founders who MUST have known what a can of worms they’d opened, we have no choice.

The First Amendment of our Constitution gives Zimmerman the liberty of free speech, so long as he isn’t yelling fire in a crowded theater. And yet, while some of us are sure beyond a doubt that that same Constitution asks us to weaponize and defend ourselves against the dreaded ‘outsider’, others of us wonder if open carry and belligerence bordering on provocation aren’t the very equivalent of yelling “fire!”

That’s where we find ourselves today, on either side of a divide that can be quickly identified by party affiliation, shifting back toward their earliest roots. It bears repeating that we are still arguing over states’ rights and the power of the federation.

The quasi-historians who say we fought the Civil War over states’ fiscal matters, not slavery, fail to mention that — thanks to Eli Whitney’s cotton gin — the cotton-dependent economy of the south required a massive influx of cheap labor. So, with black folks considered ‘farm implements’ — as one old boy around here likes to tell it — the entirety of the southern economy rested on the broad shoulders of continued human ownership.

Freeing the slaves was about as popular in the Confederacy as phasing out coal is to mining investors in West Virginia today. Just as mining regularly kills its workers off through environmental hazards, slavery had a similar effect due to strenuous working conditions and harsh treatment. Yet the south will still defend their battle flag and cultural station as superior to those they’d previously — with God’s approval, mind you — owned.

They can’t help themselves. This is their mythology; without it they believe they will lose their cultural identity. These are the historical bones of their very tribe, now endangered by the mixing of racial identity and the laws that require equality. This is their un-won war, quietly played out in decades of pent-up resentment against a government they despise.

This un-won war against government removed them from a class distinction they have romanticized over the years, as powerful and potent as the conspiracy theories they favor over truth. That elevated class distinction has almost faded from sight now, leaving them mere mortals, subject to ‘liberal’ law. This is the basis of their war mentality, with Trump their new General mounted on a white charger.

When someone like Donald comes along — playing to their bias in school yard taunts, beating tribal drums and promising what he’ll never deliver — he replaces FOX News in their minds, the contrived source of information they bathed in to cleanse themselves of all outsider influence pulling at their tattered self-image.

That most of what they were fed were lies built on innuendo and based on fantasy didn’t hit home until the pipe dreams failed to manifest. Trump is their brightest hope since Goldwater, and the Klan rallies of the 1920s before that.

If they were better students of history, they’d be less enthused by Donald and his big wall, braggart’s tone and doody-headed name calling. They had a less crass and craven example of similar energy with George W., and we know how that turned out.

In fact, if they were better students of history, they’d have licked their wounds, hitched up their knickers and moved on from their pity-pot long ago. And be warned: those of us on the other side of the political spectrum need to police our own sensibilities for this kind of destructive self-pity. Our lives have been tossed by the current energies as well — just yesterday’s news, if we don’t drag it along with us.

Blaming isn’t productive, nor is gaining from someone else’s loss. The notion that some of the millennials will cross over to support Trump may be true, but if so, these voters were never progressive to begin with, and really were after “free stuff.”

We must be mindful of what we build next. Vietnamese monk Thich Nhat Hanh tells us:

“We have the Statue of Liberty on the East Coast. But in the name of freedom, people have done a lot of damage. I think we have to build a Statue of Responsibility on the West Coast in order to counterbalance. Because liberty without responsibility is not true liberty. We are not free to destroy.”

What we see in Trump — in the Trumpeters, et al — must be met with a compassionate heart. Our brothers and sisters are the product of that same generational programming I saw at work in Gaza years ago. Much as pit bulls are taught to fight to the death, racism and classism are passed along like a virus, one generation to the next.

To defeat Trump — and all those like him — we need to remember, as Thich warns, “Hatred and fear blind us. We no longer see each other. We only see the faces of monsters, and that gives us the courage to destroy each other.”

When we look into the eyes of those across the breach and behold the child within them, it will give us the courage to forgive and choose the way forward in calm and clear intention, to find the way of peace and love.

9 thoughts on “In The Eye Of The Beholder”