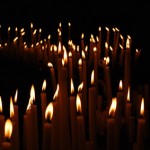 February arrives at the depth of winter in most of the Northern Hemisphere, when we live in the shadow of cold, rain and snow. Within February’s first few days lies one of the four high holidays — or sabbats — of the pagan calendar, called Imbolc in Celtic times; one of the four “cross-quarter days.”

February arrives at the depth of winter in most of the Northern Hemisphere, when we live in the shadow of cold, rain and snow. Within February’s first few days lies one of the four high holidays — or sabbats — of the pagan calendar, called Imbolc in Celtic times. One of the four “cross-quarter days,” its corresponding holidays are Beltane (or May Day, May 1), Lammas (also called second planting in agricultural communities, August 1) and Samhain (also called Halloween, October 31).

Imbolc, also called “Midwinter,” literally means “in the belly,” and at this time we are deep in the belly of winter, held in gestation for the coming spring at the Vernal Equinox around March 21. Imbolc is like the first movements of the fetus preparing for birth. Its precise timing is when the Sun crosses the middle degree of Aquarius, the symbolism of which we will visit in a moment. 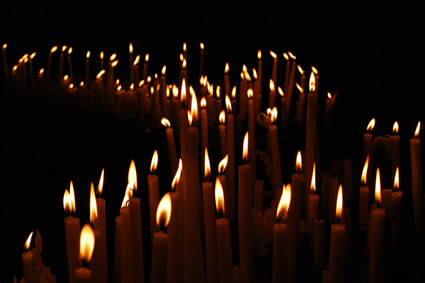 In the modern world, we associate early February with Groundhog Day, which hardly gives a clue to the importance this holiday held not long ago.

For most people, the day passes unnoticed, except for a photo in the local paper of a cute little critter in Pennsylvania who has wiggled out of his hole for a breath of fresh air, just like he does every other day. His stirring to life in midwinter is symbolic; ground hogs don’t hibernate. The media, oddly enough, are practicing the old tradition of weather divination; all of the cross-quarter holidays are associated with some form of augury or communing with the spirit world.

Astrologers know that Imbolc falls with the Sun at the midpoint of the sign Aquarius, the Water Bearer, who lives today as the astrological symbol of rebellion and eccentricity. As with Imbolc, there are always at least two versions of the story with Aquarius. Is it an air sign or a water sign? (It’s an air sign with water themes and imagery.) Is it ruled by, or associated with Saturn or Uranus? (Traditionally Saturn rules it, but in modern astrology most astrologers use Uranus.) Do those wavy lines represent air or water? (All waves are waves of energy.) Is the Water Bearer a male figure or female? (Probably male, but usually represented female.)

The constellation Aquarius, known to be among the oldest named configurations of stars, stands, according to Catherine Tenant, “with his foot on the head of the great Southern fish, into whose mouth his waters pour.” She traces the god Aquarius back to Babylon, noting that he rules over a huge area of the sky where are gathered the Southern fish, the dolphin, the zodiac fishes (Pisces), the mighty River Eridanus (the River of Night) and Cetus the sea monster. These ancient waters and their primal creatures were “seen as the source of life, through which the Sun passed during the rainy season.”

In the hands of Aquarius, says Tenant, is the Norma Nilotica, the stick used to measure the waters of the Nile River, an important indicator of agricultural success, and hence of survival. In these same rainy days of winter, half-a-world away, the Celts were busy with agricultural matters of their own: doing the earliest preparations for planting in coming spring. A feast marked the waning of winter. Germans in Europe and Indians in the New World were taking stock of how much remained of their winter rations. The ability to manage their food supply was critical to their survival through the remaining weeks of cold.

From Pagan to Catholic

Imbolc was such a powerful holiday for the Celts that the Catholics seem to have piled meaning after meaning on it either to fully co-opt the event, or to obscure the truth. Imbolc coincides with the Catholic holiday Candlemas. Though in early February the days were growing noticeably longer, this was still a dark time, and candles were the only means of lighting the long nights. If there were enough candles, a celebration of light was held, with each window of a house being lit on this night. Candles also held religious value, and this was traditionally the time that the priests of the church took stock of their supply and cleansed their altars. The candle association reaches over to Ireland, where at this time people celebrated a feast in honor of the goddess Brigit (later St. Brigit), a hearth deity whose realm included the fires of purification.

Scholars of church lore know this is also the Feast of the Purification of Mary, held 40 days after the birth of Jesus. This was the Christian interpretation of Mary observing the Jewish tradition of returning to sanctuary and being purified in the Mikvah. Mikvah is the origin of the Christian practice of baptism. The cleansing waters of baptism may also be linked to the Water Bearer symbol of Aquarius.

“Prophesy and purification are the recurrent and symbolic themes of the midwinter festivals,” writes Donna Henes in her book Celestially Auspicious Occasions. “The concept of prophesy is drawn from the foresight and faith that spring, in all its verdant glory, is on its predictable way, even amid the hard, white winter. Purification suggests careful preparations for its coming.”

When the Sun is crossing Aquarius, most of our time is still shrouded in darkness, and we remain, for a while, in the belly of the stars of night. We might be tempted to look to the meanings of Aquarius to help understand this fascinating convergence of holidays and themes, but it seems rather more appropriate to apply mystical and agricultural folklore back to Aquarius, reminding ourselves that its waters bring purification and moisten the land for the first growths of spring. And to keep in mind that we really are in the belly of the stars, gestated, born and living in a mysterious cosmos.

2 thoughts on “Imbolc: In the Belly of the Stars”