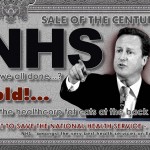 David Cameron’s Tory government continues apace with its punitive cuts program in the U.K. As the NHS faces being constantly whittled down, we feature this article, written for The Guardian by a most unhappy doctor.

Anonymous, for The Guardian

My juniors tell me I’m an inspiration. They tell me that the only reason they have hope is because they can see through me that it is possible – to be a woman, have children and a career in the NHS. They tell me I’m the only reason they think they can keep going. The comments from my recent appraisal included “outstanding” and “one of the best I have ever worked with”. 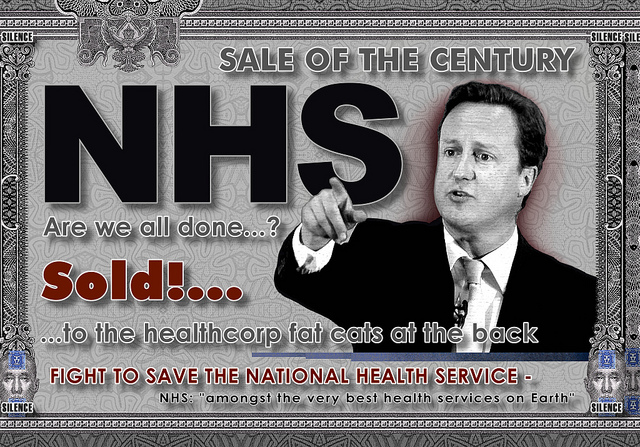 I’m nearly 40 years old and I have a six-year medical degree, a BSc, an MD and membership of the Royal College of Surgeons. I also have two children, debts which make me sick with worry each month, a marriage which is likely over and a good going stomach ulcer.

I work part-time but that involves a 100-mile round trip, three-hour commute and being away from my children for 48 hours every week because I can’t afford to live close enough to the hospital. I work 60 hours a week in order to make my part-time arrangement work.

This year I have been screamed at, spat at and kicked. I have physically removed excrement from someone who needed that help. I have cut off people’s legs. I have told people that the most important person in the world to them is dying. I have told people that they are dying. I have told a woman her child may not survive. I have not eaten or drunk anything over a 13-hour period more times than I can remember. This year, once a week, I have woken up on the floor cold, jittery, anxious, hungry and traumatised by the things I have seen and the things I have had to do. 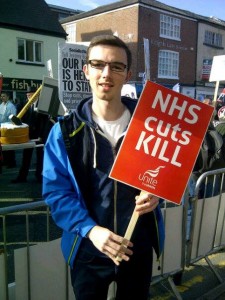 UK local government representative at a Save Our NHS protest

This year I have been so pressured and overstretched. I have several times run to theatre to do an operation to find my patient is already asleep, with me having never met or assessed them. I have had to choose which elderly sick patient I want to stay on an A&E trolley all night because there are no beds.

I have been told “no” by a theatre manager when I’ve said that we need to cancel our elective surgeries because I have seven sick patients who have been waiting two to three days for emergency surgery and I’m afraid for their safety. I’ve been told we have to move a dying patient in the middle of the night because otherwise the hospital will be fined.

This year my children have been inconsolable asking why I have to look after other people and why can’t I just look after them? This year every few weeks I have not seen my children for five days straight even though we all live in the same house. This year, I have asked neighbours, friends and someone I skyped for only 20 minutes to look after my precious children.

I have been doing this for 12 years.

This year, for the first time since I was 13 years old, I have decided I can’t do it anymore. As I write this, there are tears streaming down my face because all I ever wanted to do was be a doctor and help other people. But I just can’t do it anymore. Especially when I don’t think I’m helping anyone the way I want to.

The junior doctor contract is supposed to be “cost neutral” but for someone who works part time, it means I will likely never see my salary improve. It means I could not have afforded to have either of my children. It means the female doctors who look up to me so much, will have to choose children or their careers. It will mean hospitals can make me work as many Saturdays as they like which is the only time I have left with my children – my husband has long given up on me.

It means a 30% pay cut for me from next August and anyone else who works in an emergency specialty.

It’s not cost neutral. It is at such a cost that it is now too high a price to pay. My family and I won’t survive this contract – financially or personally.

I just can’t look into the future and face this any more.

If you’re affected by the issues raised in this article, help and support is available from Support 4 Doctors. If you’re based in the UK, the Samaritans can be contacted on 116 123.