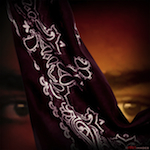 As the Sun moves into Gemini, Rob Moore suggests considering double-sided topics such as sex. Along the way, he explores the insanity of guilt, the idea that being scared or repulsed by sex is not metaphysical, and demonstrates how to apply Andy Warhol’s personal “So what?” philosophy to any judgments that have you tied in knots.

Are you finding yourself to be of two minds about physical intimacy and sex lately? Does the idea that we need to feel free to choose what we most desire ring true to you? Yet with sex does this feel like a grey area? There’s an awful lot in the current astrology that suggests any number of us could be ironing out such ideas for ourselves. 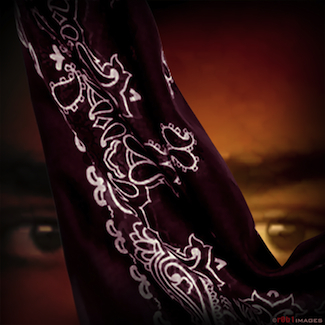 This weekend is the Full Moon in Sagittarius. Full Moons are renowned for heightened emotions and urges; Sagittarius is the adventurous sign with a reputation for racking up sexual conquests. I’ll let you do the math.

Add to that Mars retrograde bringing our focus inward, plus the Sun’s new arrival in Gemini, the sign of the twins. Desire, sex, ideals, contemplation and a duality of any of the above are on the radar right now. In addition to Eric’s more comprehensive lay of the land in this week’s Planet Waves FM, I also recommend a look at Amanda Painter’s suggestions on constructively navigating this time period.

Just to look back over humanity’s more recent sex-related movements: First was the free love movement of the ‘60s and ‘70s. Then came the ‘love yourself’ and ‘unconditional love’ ideology of the ‘80s and early ‘90s, coupled with protect-yourself-from-sex campaigns that ensued following the AIDS epidemic. What came next was a sort of rebellion against the latter as Britney Spears, Christina Aguilera and NSYNC ushered in an era of premature eroticism. I’m not perfectly sure what kind of corner that suggests we turned.

Wherever we are now, it is an era in which the term ’sex-positive’ is thrown around a lot. It was coined to represent the ideal that any consenting adult can have sex with any other consenting adult in any way they choose, as long as doing so brings no unwanted physical/emotional/psychological circumstances to anyone in the process.

Sounds wonderful as well as reasonable. I’m all in. And yet, the reaction that so often arises at the mention of sex still seems to be, “Bad” or “Naughty.” Or at minimum, “This isn’t really okay, is it?” Even if such ideas are very insidious and beneath the surface.

Sex is something that naturally lends itself to being very private; I will wholeheartedly give you that. In the grand scheme of things it’s only a handful of us in the artistic world who feel a strong urge to use sexual arousal as our canvas. And even amongst us, shame and embarrassment raise their heads during the course of our craft. Matter of fact, as much as I love creating erotic and compelling imagery, when it comes to joining sexually with another, I far prefer to demonstrate what I feel inclined to do rather than say what I’m wanting. Oh, us contradictory humans.

Okay, so maybe at least the one thing the majority of us living and breathing can agree on is that sex is a deeply personal matter that brings up many feelings. That’s okay. So does music. And great cinema. But then those latter two are art forms that are removed from real life just enough for the feelings to be considered safe. Now if we can just get okay feeling what is undeniably in our face, in our bed and very, very real, I’d say we’d be getting somewhere.

In so many ways, I don’t find sex to be our only innate internal conflict. It’s many things: It’s death. It’s over-excitement. It’s vulnerability. It’s chaos and confusion. It’s more going on than we know what to do with. In a nutshell, it’s feelings. I have certainly found the sooner I can get to a place of ‘it’s no big deal’ — about sex, anger, death… anything that seems all-consuming — the faster peace is restored.

In my college years, I think I mentioned one time that I liked Andy Warhol’s Campbell’s Soup Can. Funny the things people take to heart. For my circle of friends, this was one of them. I was frequently taken to Warhol exhibits and given posters of his work, which made more people later in life conclude I was a hardcore fan. Anyway, for a long time I had an ongoing Andy Warhol theme happening in my life.

For my birthday one year a friend gave me a book on Warhol. It included quotes by him, many of them quite vain if not asinine. But an almost blank page in that book revealed what he claimed was his life philosophy. It was quite simply, “So what?”

Warhol explained briefly that he applied it to any situation and anything he might be wrestling with. This tiny notion turned out to be one of the most fundamental building blocks to living my life freely and peacefully. For a good year, I would stop cold and apply it to anything that was unravelling me:

For the third time this month the neighbors saw a hookup leave my apartment.

They know what I’ve been up to.

So I don’t want to feel that way.

Hmmm… so… maybe this is all about getting over a feeling.

As simplified as that example is, it always comes down to a judgment and how we feel about it. And although it can technically involve somebody else’s judgment, it ultimately comes down to our own judgments and our own feelings.

One of the more recognized ideas from A Course in Miracles is, “Guilt is always totally insane and has no reason.”

Just for the record, when I studied this channeled work in my late 20s, I didn’t merely buy such ideas hook, line and sinker. Just as Eric approaches these ideas each week in The Miracle Hour, I dissected such seemingly too-good-to-be-true concepts, turned them inside-out, flipped them on their sides and everything else.

In connection with other metaphysical works that spell out the same idea, I have come to realize that guilt is indeed totally insane, which completely supports the notion that ‘there are no big deals’. None. In this light, any sex we feel moved to have would better serve our overall lives by being completely embraced — as well as the feelings that are an integral part of the package. I do not mean a flip disregard as if it were nothing. I’m talking about a deliberate, considerate, caring integration into the whole of our lives.

I don’t find being scared of sex or repulsed by sex to be very metaphysical. I am more inclined to see such conditions as barriers to the metaphysical.

Another brilliant gem, which is credited to numerous sources: “Be for something and against nothing.” I really don’t care who said it or where it came from, I call it a ‘gem’ because my choice to actively live this way just feels so much more transcendent than grinding against a list of things. From this perspective, I identify more fully with someone who’d rather stay home and read a book than have sex than I do with someone who’s on a soapbox pushing abstinence.

It has been my experience that making the choice to live a life unencumbered by guilt — and therefore taking the steps to recognize feelings of guilt for the nothingness they are — is far more than merely living without a care. It actually comes with a sense of gravity. You begin to see that you are totally responsible for your actions and how they may affect others. With no hell or punishment in the wings, it becomes imperative to uphold the highest ideal in all matters. For your deepest gratification and for that of all others involved.

I think the Hippocratic Oath taken by physicians is a great example — in theory anyway — of personally upholding a high ideal. And while we’re at it, let’s consider what doctors do. Doctors wrap their heads and their hands around every body part and everything that comes out of those parts. Nothing is off limits, disgusting or prejudged. And doctors are members of society who are generally revered.

Similarly — if the Bible has any historic accuracy — then Jesus made the conscious choice to hang out with prostitutes. I suspect this wasn’t about trying to score with them, but rather about their firsthand experience of human nature. Some of my best friends are escorts. I have found them to be able to see, live and embrace a bigger picture that incorporates an absence of judgment, not unlike that of trusted doctors. Matter of fact, there are doctors who pay their way through medical school doing escort work. I personally know of two.

As we delve into Gemini energy in the coming weeks, there is much to support bringing such double-sided topics like sex into our own personal consideration. Actually, flipping any number of coins over and re-familiarizing ourselves with the other side could serve us rather well. The whole exercise may reveal something we couldn’t have noticed until now.

After all is said and done, who knows? Whether it’s meditation, video games, art, literature, fried chicken, a musical composition or sex, maybe the only thing we ever need to ask is, “How do I want to experience this very moment?”