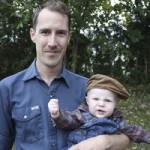 Editor’s note: Andrew McLuhan is the grandson of media studies pioneer Marshall McLuhan, and a friend of Planet Waves. We’ll be featuring his writing on media criticism from time to time. This piece originally published at medium.com on July 11, 2016. 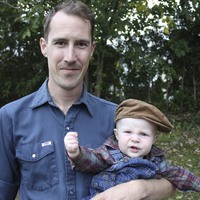 I was walking to work last night, to my part-time night job as a projectionist at our local theatre. It is a great second job because it doesn’t interfere with my full-time day job, and it gives me time to read and write after I sell tickets and start the show (I’d say ‘film’ or ‘movie’ but I’m a stickler for accuracy, and those terms don’t apply to what we show anymore).

I was walking to work last night, which is a short walk, as pretty much everything in town is within a ten-minute walk. I’d already stopped for my coffee.

Ahead of me I see a guy, and I think at first he’s wearing a weird dress, but it turns out to be some sort of oversize sports jersey and he’s wearing shorts underneath it. He says something to a lone tourist with a careful beard, sandals, and oversized camera. The tourist is not amused. The guy isn’t walking particularly carefully, and he is twisting the remains of a cigarette in his thumb and forefinger so the heater and remains fall to the sidewalk first, followed by the filter a moment later.

It’s early on a Sunday evening, it’s been a hot day, and there’s not a lot of action on the Main Street. I’m not talking on a phone, listening to a device, or otherwise distracted by anything. I like to experience my environment as fully as possible.

It really does sort of look like he’s wearing a dress, and maybe going through some gender-identity issues. You don’t see that a lot in my town.

He’s looking pretty rough, and not too with it. You don’t see that a lot in my town either.

Now I’m close enough that I can see more than the back of his close-cropped head, and I realize that I know this guy.

I don’t know his name, know him to stop and have a conversation, but in the 20 years I’ve lived here, I’ve seen him around. I know him in the sense that you know everyone in a small community. In fact, if I were better at remembering names, I’d probably know his name too.

As I start to see more of his face while I’m overtaking him, I see he is indeed rough.

This is when he notices me, and asks “Hey bud, spare some change so I can get something to eat?”

“Sorry man,” is all I can manage as I go past, less than a hundred feet from the theatre. I’ve got less than five minutes before I’m due to get things going for tonight’s showing.

In those lightning moments between being asked something and making an answer, I think a few things:

This guy’s on heavy drugs, or coming off them and needing more. If I give him change (which I don’t have much of) he’s just going to go buy more drugs or smokes. I’m not going to enable that. I’m not working a second job two nights a week to pay for someone’s drug habit — I’m doing it because I have a wife and two little boys.

So I gave my lame response and went to work.

The show was, as usual, very sparsely attended. Half a dozen people. We’re having problems getting volunteers to man the concession stand, so I do that also. I continue reading/studying ‘Theories of Communication’ (M. McLuhan/E. McLuhan, 2011, Peter Lang Pub., NYC).

‘Theories of Communication’ is really blowing my mind right now.

When I leave the theatre a couple hours later, it’s getting dark. It’s that magic time for light: the clouds wear a wonderful magenta tint. The street is even more quiet than before.

My thoughts return to the guy I saw earlier, who asked me for some change for something to eat. I knew this guy to see him. I’d often see him walking around with headphones on, hanging out near the Tim Hortons coffee shop. He didn’t look great, and he didn’t look that bad last time I saw him. He’d never asked me for money before, I’d never seen him ask anyone else either.

What had happened to him?

And then I started to feel bad. No, I don’t know him personally, but this is a small town, and everything’s personal. We’re all neighbours.

I lived the first part of my life in a major city, and I’d have an experience like this and not think twice — you can’t think twice. If you did, you’d never get anywhere, you’d have to stop constantly. You couldn’t function. It’s this reality and attitude that allows for much suffering to continue. [I suppose that’s how we rationalize inaction when we live in a larger community — but if people in big cities treated them like small towns, like everyone’s a friend and neighbour, imagine the reduction of poverty, crime and general suffering.] But this isn’t a big city, this is a small town. And I let a neighbour down.

If he had been a friend, a relative, I would not have just walked by and brushed him off.

I didn’t have to give him money or worry about ‘enabling’ his habits.

I was almost at work, I had a few minutes to spare, and I could easily have said something to him. If he was a friend, I wouldn’t have thought twice about it, like I didn’t think twice about brushing him off as if he didn’t matter.

Three things I could have said, and I could have taken a moment to try and help the guy. But I didn’t, and I feel bad about it now. I truly believe we are all in this together and should try to help each other when we can. I talk about that all the time. But when it came down to it, I didn’t.

I can only hope that next time, I’m a little more conscious.

I failed my community yesterday. I hope that today I help.

6 thoughts on “I failed my community yesterday.”