Aspects involving Mercury and some of the minor planets highlight the limitations of skepticism. It’s certainly a useful thing to have on hand, especially in these days when truth is blurry. Yet at some stage there must also be a decision. We need to be clear about what we believe as well as what we disbelieve; to stand for some things as well as against others.

“(I) may have given the impression that somehow man was the ultimate triumph of evolution, that all those thousands of millions of years of development had no purpose other than to put man on Earth. There is no scientific evidence whatsoever for such a belief. No reason to suppose that man’s stay on Earth should be any longer than that of the dinosaurs. He may have learned how to control his environment, how to pass on information from one generation to another, but the very forces of evolution that brought him into existence here on these African plains are still at work elsewhere in the world, and if man were to disappear, for whatever reason, there is doubtless somewhere some small, unobtrusive creature that would seize the opportunity and, with a spurt of evolution, take man’s place. But although denying a special place in the world may be becomingly modest, the fact remains that man has an unprecedented control over the world and everything in it. And so, whether he likes it or not, what happens next is very largely up to him.”
— David Attenborough

With the Moon building toward full phase on Wednesday, it’s possible that you’re feeling something regarding physical pleasures and the emotions that go with them building to a head. This may take the form of a question: if you’re craving a specific type of physical or sexual contact, what is standing in your way of reaching out to initiate it? 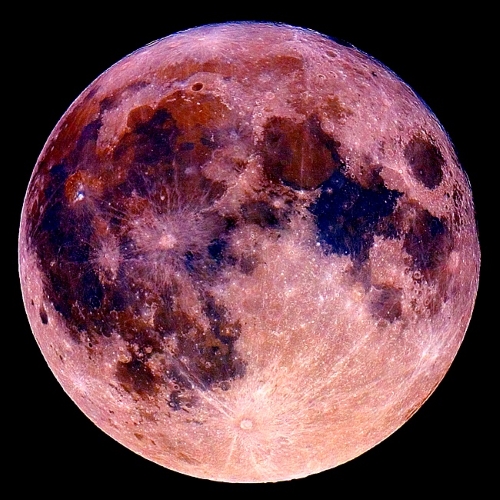 Luna photographed in 2011 by Anthony Ayiomamitis.

True, you may still be getting a feel for Mercury in direct motion after an especially challenging season of inner planet retrogrades. It’s like debris is being removed so the stream can flow freely and things can gradually settle into their normal pace again.

Against that backdrop, the Full Moon is like a window: suddenly we can all see the other people around us again.

Yet the Taurus/Scorpio axis is about the body, and the sensations and pleasures of the body. That means being conscious of what you’re experiencing physically as well as emotionally; noticing your body’s responses to stimuli, and not ignoring them; noticing how others are responding to you — which is another way of saying empathy.

The Scorpio Full Moon, which is the Moon in Scorpio opposing the Sun in Taurus, is exact at 5:42 pm EDT May 10 (21:42 UTC). In the Full Moon chart, the Sun is making a trine to Pluto and Juno in Capricorn.

You can look at this as a both a question about a partnership issue and the assistance you need to answer it. Can you be forthright about your needs and desires without camping out in a place of want of lack? That is, are you willing to bring an offering to the table, and to listen to the expectations of others with an open mind (and heart)? You might be surprised how effective a generous gesture such as that could be.

If Your Birthday is May 8
(The Day of the Outspoken Spokesperson) | Taurus Birthday Reading | All Other Signs
You’re verging on a creative breakthrough. However, you may still need to do some groundwork. This means getting to a stage where you’re informed and feel sufficiently competent to take charge. Keep a principle of fairness and accountability in mind. This won’t hinder your progress; in fact, it could prove substantially helpful.

Written in the Planets
Aspects involving Mercury and some of the minor planets highlight the limitations of skepticism. It’s certainly a useful thing to have on hand, especially in these days when truth is blurry. Yet at some stage there must also be a decision. We need to be clear about what we believe as well as what we disbelieve; to stand for some things as well as against others. This doesn’t mean our views cannot change. All the same, it’s important to know what they are.