Capricorn (Dec. 22-Jan. 20) — The sign of tradition is also the sign of revolutionaries. The sign of reserve is the one associated with the impressive debauchery of the Roman festival of Saturnalia. Saturn, your ruling planet, is considered the very stalwart of stuck, but is in reality the most dependable agent of change. You are similarly versatile, embracing the new with a mix of eagerness and skepticism, and honoring tradition as a source of information about right now. That, and you think that old books smell interesting. You probably sniff every old book that you pick up. 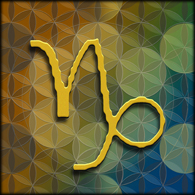 Capricorn is the sign of all things old and ancient. Caesar said it was his sign of ‘good luck’ and is still associated with him today. You may love to go to estate sales and visit antiques shops, not only because you like old things but also because you like to contemplate the way things were in different times in history. You believe that there are lessons to be learned from the past, and we would all be better off for learning them. The past makes sense to you, and so do the reasons for leaving elements of it behind, particularly the useless ideas that don’t work (but we’ll keep that 1924 egg slicer).

Reputed to be an ambitious, hard worker, this is usually true, but the part about being ruthless is more of a myth than anything else. You prefer to get things done by agreement and arrangement rather than by force, but you’ll take authority if you have to, because someone has to be in charge and it’s better if that someone has a clue. Yours is the sign of everything you can ultimately make sense of, know the history of, and draw a diagram to explain. Capricorn is the energy we depend upon to hold things stable.

You’re not as boring as you like people to think you are. Really, you’re easy to please and if the sex is good, your life is good. Well, that and it’s nice to have a good job where your skills are tested and where you can grow and develop. You have great political skills and are one of the best people to plot and scheme with. You understand the deviant side of human nature.

Capricorn is crispy on the outside and deeply sensitive on the inside, a fact that most people may miss and of which you would do well to inform them (by your actions), so they know. You prefer the squishy kind of person as a partner, as in emotionally open (in a way that seems daring to you), but they also have to inhabit their gender in a conscious way. The part of the body under Capricorn’s governance is the skeleton, that which endures even beyond death under the right conditions, and that which provides the solid structure with which the softer parts of the body hold their form and positions relative to each other.

Capricorn is an earth sign, of a cardinal type. This is the sign of the winter solstice, associated with the dark days of impending cold; you love the security of the home fires burning. The planet that rules your sign is Saturn. Study the position of Saturn in your chart and you will learn a lot about yourself — promise.

Malvin Artley has written of your sign that Capricorn “completes the person and endows a person with their higher qualities. It is this higher intelligence and our ability to blend it with the lives that make up our [instinctual] nature that make us uniquely human. If that higher intelligence is used to good ends it leads us to the heights of achievement. If otherwise, it can lead us to the depths of depravity.”

The high and the low: that is indeed Capricorn; the deciding factor is always integrity. Integrity is likely to involve working with the aspects of yourself that are not what you would call pure. But they are just as purely human as any other.

One of the reasons that you don’t struggle with self-esteem like so many people do is that you can relate to it as a concept; you can distance yourself from how you feel about yourself; you can apply logic; it’s easier for you not to get emotionally wrapped up in times when you’re struggling. Like everyone, you were subjected to being told lies about yourself, and you had an intellectual basis, even from a young age, for refuting those lies.

I have written many times that Capricorns make the best revolutionaries. This may seem odd, given the tendency to think of Capricorn as the sign of the past. Capricorn’s tendency is to get lost in history. It’s been said that those who do not know history are destined to repeat it. Think of revolution as the experience of not repeating the past. You have the ability to go forward like few others. And you as a Capricorn have an unusual gift for seeing tradition and obligation for what they are, and for creating your own relationship to them.

The practicality that has always been part of your nature, and always will be, is a useful tool — to a point, if used well. Practical draws its meaning from being responsive to the current conditions of existence, including beliefs about what is possible. Rigid constructs of what is useful or possible can and almost always do function as an obstruction to creativity and freedom. They become what is known as personality armoring that you are fast discovering is too heavy to carry around. Nearly every bit of this armoring comprises some aspect of what you have learned or gathered in the past, much of it wrong, which has attached itself to your personality shell.

You have Sagittarius in the 12th house (in your solar chart), which suggests something about how you express your spiritual quest. Worldly though you may be, you definitely have one; you may just call it something else, or experience it as something so vast and all-encompassing that it’s not its own thing, it’s part of everything.

Your reserved nature conceals a depth of faith in the unseen world that few would suspect you possess. You, of course, more than suspect its existence; you have grown into an intimate relationship with your faith during an extended phase of your life.

One of my best friends is a Capricorn, and I refer to him as a wannabe stick in the mud. He just cannot pull it off, no matter how hard he tries; he is a rebel, and he has style. In your chart, the 2nd house is Aquarius, which is astrology’s funny little way of saying what a radical you are, if indeed an impeccably dressed one. 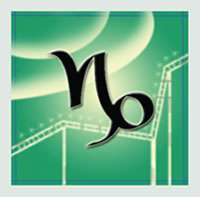 In many ways the 1st house is a concept of who you are; the 2nd house is the endowment and expression of that concept. With Aquarius in this house, you have images in your solar chart of how your values are far more revolutionary than you usually let on. You present yourself outwardly as a conservative; that is, as someone who is personally conservative; but in truth you are something more akin to a progressive or futurist, and you have your radical leanings, particularly in recent years.

Few people would take you for a radical, or even accuse you of being particularly visionary or idealistic. Besides serving as the perfect cover, the blessing and reward for the world not really comprehending your true identity is credibility. You know you have it, you know it’s a precious commodity, and you don’t want to squander it.

In my theory of astrology, we make our money by harmonizing with our 2nd house: and in your case that means being socially conscious, involved and connected.

The 2nd house tells us what our real wealth is, and where we may seek our wealth. Since you have Aquarius here, the implication is your resources come from group or collective endeavors; from ideas; and that they come with an inventive spirit. Your sign is ruled by Saturn. What most people don’t know is Saturn’s vital connection to Libra: it’s exalted in that sign, which is another way of saying very strong affinity or identification. This speaks of your 10th house or true life’s work.

Libra is your 10th solar house, the house most often associated with your sign. The flavor is Libra: justice, beauty and, at least, the appearance of propriety. The 10th is the house of honor, reputation, leadership and responsibility.

We are told things about ourselves that are not true, before our egos are fully formed. In particular the issue of what we are to do with our lives is frequently co-opted by many different forces. Just about all of them say you have to do something allegedly practical rather than something that you love; rather than something that you feel is actually worth the devotion of your soul and your precious mind. That would be represented by Libra.

Conventional wisdom would hold that you’re supposed to want authority, power and worldly involvement. In my reading of your chart, Libra in your career house says you need to do something that is beautiful and just. Your work angle is Taurus, and that also means beauty, and doing something of worth.

You would be the best judge of this. Humans are complex creatures with many levels of motives.

Capricorn is associated with two planets, Saturn and Mars. Saturn is called the ruler, which means that this planet’s energy has an affinity with the style of Capricorn. Mars is said to be exalted, which means his impulsive intensity works exceptionally well when expressing itself through the mask of Capricorn. Saturn represents the familiar government and social side of the Sea-goat while Mars represents the force of individual will. There is no society without a bunch of individuals. Even an emperor is a single individual given power by the force of social conventions.

Mars has a significant relationship to Capricorn: it’s the exalted planet, and is therefore one of the symbols for you in any chart. We all know that Saturn alone doesn’t really explain Capricorn all the way: not for anyone who’s ever met a goat, that is. Your interests are deeply invested in those of someone else, and the feeling may be that this is intractable. You may in some ways feel like you’re the prisoner of a contract or a relationship agreement that is holding you back.

For as ambitious as you can be, you also tend to compromise too easily. I won’t go as far as saying that you have a tendency to sell out to the desires and needs of others, but you do let your own goals get dissolved into the seemingly larger goals of anything you’re part of. In some ways this helps your leadership position: nobody can accuse you of not playing for the whole team.

You tend to be a person of honor: you want your word to count. You’re also a person who is, on a daily basis, being reminded about your participation in the greater good. You tend to lean more in an egalitarian direction than the people you encounter.

Capricorns, for all their might, power and ambition, can woefully underestimate their role in the world and how people feel about them. Your inherent respect for the necessary order of things, the depth of your understanding of our local slice of reality (town, city, company, kid’s nursery school), and your minimalist approach to making improvements, all allow people to feel safe and stable under your influence and guidance. But mainly, your measured approach to life veils a values system that’s nothing short of progressive, and at times verges on revolutionary, and in truth sees a world that is entirely subject to change.