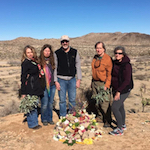 Steve Guettermann writes, “For many of us, a major part of any lasting solution to acute pain and loss resides with our relationship to the planet; or, more specifically, through an intimate relationship with the natural world. It seems it takes right action, within the contexts of time and space, for anything positive to occur, whether it is societal progress, healing or personal evolution, all of which are intimately connected.”

Editor’s Note: Apologies for not managing to get this posted in time for Earth Day! But then again, EVERY day needs to be Earth Day. — Amanda

I was a high school senior when the first Earth Day was observed on April 22, 1970. I remember thinking at the time, “Maybe we have a chance.” Founded by U.S. Sena-tor Gaylord Nelson, the day gave voice to an emerging national consciousness, “channeling the energy of the anti-war — i.e. Vietnam — protest movement and put-ting environmental concerns on the front page,” as described on the Earthday.org website. 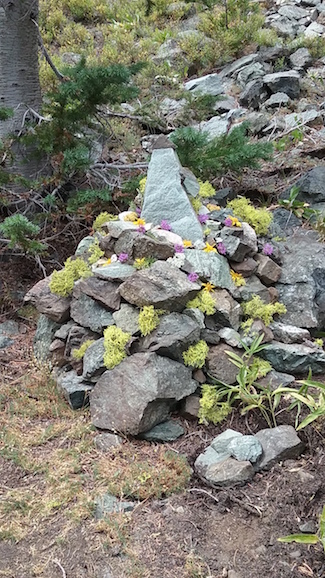 For the past forty-eight years, however, many things have kept our country focused on a divergent national consciousness. These can create distractions that stop us from being the kind of people we would like to be and living the kind of passionate life we crave. Each of us has or will experience soul-darkening and light-extinguishing loss.

So, we may agree that Martin Luther King, Jr. was right when he wrote this in his famous Letter from Birmingham Jail: “It is the strangely irrational notion that there is something in the very flow of time that will inevitably cure all ills. Actually, time is neutral. It can be used either destructively or constructively.”

In other words, by itself, time does not heal anything.

For many of us, a major part of any lasting solution to acute pain and loss resides with our relationship to the planet; or, more specifically, through an intimate relationship with the natural world. It seems it takes right action, within the contexts of time and space, for anything positive to occur, whether it is societal progress, healing or personal evolution, all of which are intimately connected. And all of these are tied to our relationship with the planet. Life is rife with examples of people who found and find healing and purpose through a deepening soul connection with the land.

I know Middle East and Vietnam war veterans who recovered both sanity and sanctity after their service in the military through passionate service to the natural world, and share that with others. I know parents who have lost children who do the same. Often, earth-honoring ritual is involved.

Ritual, or ceremony, is a way to bring order out of chaos and healing out of loss. A ritual might be traditional, part of a cultural response that has been around for centuries. Or, it might be entirely personal. Yet, it seems to always entail a release of something within us that no longer serves us. The Quechua/Inca word for this is hucha. Hucha is energetic density, spiritual dis-ease generated through discordant actions and interactions. It is not viewed as inherently “bad” or negative. Think of its release as spiritual manure that is willingly absorbed and transformed by energies of the earth.

Ilya Prigogine won the 1977 Nobel Prize in Chemistry for his work on the thermodynamics of non-equilibrium systems. His studies also brought two opposing views together, these of classical physics: chaos and order. Prigogine’s work suggests what other scientists thought impossible — that order could come out of chaos. I won’t get technical but the point is that his work suggests how the two great themes of classic science, order and chaos, which coexisted uneasily for centuries for scientists because they were simultaneously observed, are being reconciled in a new and unexpected synthesis.

This is a game changer. Basically, Prigogine mathematically showed that when systems break down, some reorganize at a higher level, which means they can sustain a higher energetic input than before the breakdown. Some social scientists embrace his findings because of their applicability to human systems. 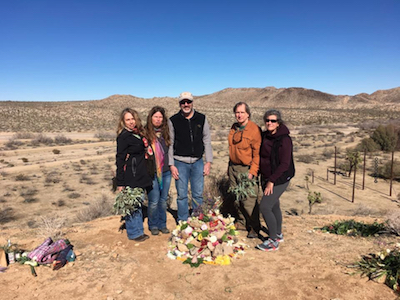 Systemic breakdown is scary, but without it a system might do a patchwork repair on itself and continue to function “normally,” while limping toward total dysfunction and entropy. Think of political and economic systems or human relationships as examples.

Should we intend to get back to normal or intend to get better? How many myths, legends and heroic quests revolve around getting back to normal? I think we know the answer, and doubt the following conversation would ever be uttered in any tale of renown or with a first grader.

What if there is a better way?

As Joseph Campbell explained in his book Hero with a Thousand Faces, the heroic journey is a journey of breakdown through the Dark Night of the Soul to break-through. The secret to the success of the breakthrough is to be cognizant that the breakthrough is not just more of the same at a higher level, but a totally different way of handling energy through greater awareness and right action. Paradoxically, the journey breaks us down and gives us what we need to break through to break free. We can’t get back to normal, not even in a quantum anything-goes universe. That is why earth-honoring ritual can be a crucible of healing and a cocoon of metamorphosis. It creates new and highly energized connections.

Understanding the heroic journey will help bring more light to the order out of chaos quandary. In the scheme of conscious evolution, everyone and everything is journeying back toward the Source and everything is temporary. So breakdown is temporary, and much of how long a breakdown lasts depends on our actions and us. This applies to wanting the Dark Night to end. We have to go through it to get out of it. As we go through it, we often stop wanting and let go of what drove us there.

The correlation between Ilya Prigogine’s work and the Dark Night of the Soul is that breakdown is natural. It is a requisite for our evolutionary journey. Without the sacred space of ritual we may break down and stay down because we never release what needs to go. Within sacred space we release, recover, re-assemble, re-organize, get up, and, if we do this with an emerging conscious intent of not just appreciation but self-reflection and evaluation, the journey will extend in multiple directions. It will take us to the below and inward to recover our soul or discover any other revelatory treasure, then bring us back to the light and beyond, dispelling victim consciousness for hero consciousness.

Our entire planet is going through a Dark Night right now. Our reconnection with it requires intimacy rather than mere sustainability. An intimate reconnection will channel the necessary outside energy via a new state of consciousness. It is a neces-sary step before we can stop systemic breakdown and rebuild at a higher level. Putting the planet’s needs before our own is the rite of passage we need to willingly accept to attain true adulthood and become fully human.

For those interested in a fantastic “Earth Day” ritual that’s great any time of year, here is a link to how to build an apacheta. 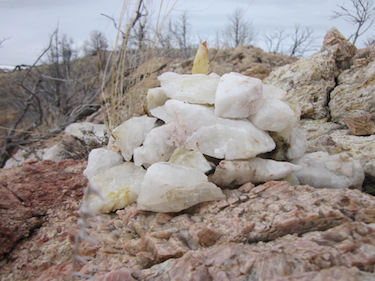 As Justine says in the video, an apacheta is a “multi-purpose” sacred rock cairn. Apacheta is a Quechua word that means, “bring together.” Awahoo and Justine used some large foundation stones. It is not necessary to use stones that big; the size of the stones and of the apacheta itself is up to you. If you have questions about this video, please contact me. I can also put you in touch with Awahoo and/or Justine.

Building an apacheta is a great communal, school, family or individual ceremony. It really is a happy time! The joy and charisma brought to ceremony enhances the release of dense energies and invites lighter energies to join in.

Steve Guettermann is a freelance writer and “teaches” critical thinking at Montana State University. He is currently studying Peruvian shamanism under don Oscar Miro-Quesada, and published an article in the 2016 Planet Waves annual edition, Vision Quest. Steve’s email is migratoryanimal@gmail.com; you can also visit his website.