Although religious sects have long pushed the idea that “you don’t belong in a body” or that the body is merely bait for the devil, the book Biophilia develops the idea that all species are related and the Earth is one living system. This was my inspiration for Cosmophilia: You Belong Here — your 2015 annual readings that I’m creating now.

I had a stunning moment reading email recently. Earlier in the year, I sent out a request for proposals for articles on the theme of “you belong here,” for use in the forthcoming annual edition of Planet Waves, Cosmophilia.

One of the first proposals that came back began: “Humans do not belong on Earth. We are a parasite and mutation which invaded the plant and animal kingdoms.”

I was actually shocked by this statement. I thought about this for weeks — actually, for months. At first I was offended; it seemed like one of the most self-defeating ideas I’d ever heard.

Then gradually, it occurred to me that many people feel this way.

Not only do many people feel like they don’t belong where they are; there is a kind of spiritual movement devoted to the idea that humanity is somehow wrong; that we don’t belong on our planet. There are lots of theories floating around — various shades of “mutation” (by aliens) or “invasive species” that you can hear about on late-night AM radio.

Religious sects have long pushed the idea that “you don’t belong in a body” or that the body is merely bait for the devil. Philosophies have emerged over the ages that put humans in a wide variety of no-win and paradoxical situations — the “don’t think about chocolate cake” kind of thing. (Of course the moment you’re told not to think about chocolate cake, you do.) These are all used as some form of proof that humanity, or its state of mind, or its desires — is inherently wrong.

Can any of this possibly be true?

My summer reading project was the book Biophilia by Edward O. Wilson. The book develops the idea that all species are related and the Earth is one living system. The author, a biologist, shares his lifelong curiosity about all forms of life. The idea comes across beautifully. Humans may be a separate species, but we are cousins with everything else that lives, from trees to bacteria to whales and goats.

Bonding with ‘other’ forms of life is one of the easiest things humans do, if we want to. Anyone who has ever had a kitten or a puppy, or felt embraced by a room full of house plants, knows that. Anyone who has ever loved a child knows that. The resonance is intuitive and instinctual. What we think of as ‘spiritual’ is about developing this sense of contact and empathy with all that’s alive; it’s about cultivating biophlilia.

As I was reading, my mind took the idea further. As an astrologer, I read images in the planets and stars, and translate them into human experience. The fact that astrology works demonstrates that we belong in the cosmos. We are part of the cosmic order. And that is the theme of my 2015 annual readings — Cosmophilia: You Belong Here. 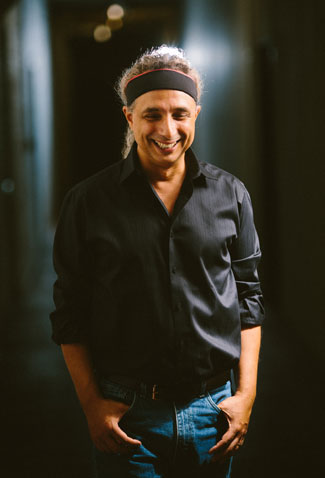 I will be covering all of the astrology you’ve been reading about in my “Top Five Events” series — customized for your sign. That includes the Uranus-Pluto square, Chiron in Pisces, the Jupiter-Saturn square, and the three conjunctions of Venus and Mars.

The earlier you get in, the better price you get. You may pre-order all 12 signs and rising signs, giving you 12 hours of audio and 12 chapter-length readings, for $77.

The signs work as one ‘circle of astrology’, and they relate to your birth sign, your rising sign, and then special situations such as your relationships and your children or grandchildren.

You can listen or read on any device that connects to the Internet. Your access never expires. Many people refer to this reading all year, or in future years. The annual edition — now in its 16th year — also serves as a kind of yearbook, with original articles and art, all focused on the theme of belonging.

The all-12 price will increase in $20 increments until publication. We will offer individual signs starting in mid-December, though many people end up purchasing four or more of those, exceeding the all-12 pre-order package. It really is worth getting the all-12 package — you will love it.

Each year the annual edition is like relearning astrology. I must approach the new astrology with a ‘beginner’s mind’, so that I can relate it to you in clear, positive and, most of all, useful terms. I look forward to being your astrologer, and mapping out these very exciting four seasons for you. And, truly, I value the trust you put in me and Planet Waves.

PS — You may read the three other essays in this series, each with original art by Lizanne Webb — You Belong Here, You Are Held by Existence, and Something Subtle You Cannot Describe.

9 thoughts on “Do Humans Belong on Earth? The Unasked Question”