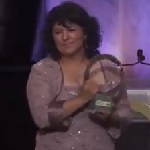 On Tuesday night, hundreds of people gathered at a church in Orlando, Florida, to mourn the 49 victims of Sunday’s attack on an LGBT nightclub. Following the massacre, President Obama called for the reinstatement of the assault weapons ban and measures to prevent suspected terrorists from obtaining guns. 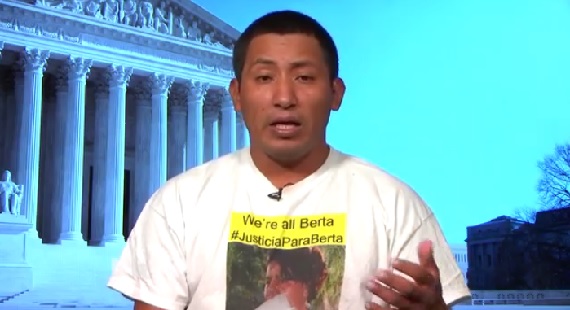 On Tuesday night, hundreds of people gathered at a church in Orlando, Florida, to mourn the 49 victims of Sunday’s attack on an LGBT nightclub, the deadliest mass shooting in modern U.S. history. Following the massacre, President Obama called for the reinstatement of the assault weapons ban and measures to prevent suspected terrorists from obtaining guns.

One of the two guns used by Orlando shooter Omar Mateen was an AR-15 semiautomatic assault rifle, the same style used in the massacres in San Bernardino, California; Aurora, Colorado; and Newtown, Connecticut. On Tuesday, Democratic members of the House Judiciary Committee signed a letter pushing legislation to reinstate a lapsed ban on automatic assault weapons. The lawmakers wrote, “Make no mistake about it: our nation is under attack. We are under attack by the scourge of gun violence—on our streets and in our homes, on a daily basis.”

In an unprecedented move, a group of congressmembers are calling on the United States to suspend all military aid to Honduras until the country addresses its gross human rights violations. On Tuesday afternoon, Democratic Congressmember Hank Johnson of Georgia introduced the bill in Congress demanding the U.S. halt all funds to Honduras for their police and military operations, including funds for equipment and training.

The United States currently provides hundreds of millions of dollars in aid to Honduras through the Northern Triangle’s Alliance for Prosperity Plan. The legislation is named after indigenous and environmental leader Berta Cáceres, who was murdered in Honduras in March.

Today is a global day of action calling for “Justice for Berta”—to remember the slain Honduran activist Berta Cáceres. In at least nine cities across the United States and 10 countries across the world, protesters are gathering today to call on the U.S. to stop funding the Honduran military, over accusations that state security forces have been involved in human rights violations, extrajudicial killings—and the murder of environmentalists like Berta Cáceres.

Before her death, Berta and her organization, COPINH, were long the targets of repression by elite Honduran security forces and paramilitary groups. Only hours before she was killed, Berta Cáceres accused the military, including the U.S.-funded special forces TIGRES unit, of working on behalf of international corporations.

The Senate is set to consider a bill to create a federally appointed control board with sweeping powers to run Puerto Rico’s economy to help the island cope with its crippling debt crisis. The bill, known as PROMESA, passed the House last week by a bipartisan vote of 297 to 127, but opponents have decried the measure as antidemocratic. “We’re engaged today in a wholly undemocratic activity in the world’s greatest democracy,” said Rep. Luis Gutiérrez.

In the Senate, Robert Menendez, Dick Durbin and Bernie Sanders have come out against the bill, and any one of them could filibuster the legislation. Sen. Elizabeth Warren’s stance on the bill remains unknown. The debate in the Senate comes as the Supreme Court has issued two major decisions about Puerto Rico.

On Monday, in a 5-2 decision, the high court rejected Puerto Rico’s bid to revive its own bankruptcy law that would have let the island’s public utilities restructure about $20 billion those entities owe to bondholders. That decision came just days after the Supreme Court ruled against Puerto Rico in a separate case ruling regarding the island’s sovereignty.