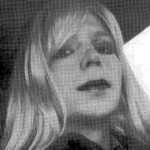 In one of his final acts in office, President Obama shortened the sentences of 209 prisoners and pardoned 64 individuals on Tuesday. The list included Army whistleblower Chelsea Manning, who is now set to be freed on May 17, after Obama reduced her sentence from 35 years to seven.

In one of his final acts in office, President Obama shortened the sentences of 209 prisoners and pardoned 64 individuals on Tuesday. The list included Army whistleblower Chelsea Manning, who is now set to be freed on May 17, after Obama reduced her sentence from 35 years to seven. According to her attorneys, she is already the longest-held whistleblower in U.S. history. Manning leaked more than 700,000 classified files and videos to WikiLeaks about the wars in Iraq and Afghanistan and U.S. foreign policy. She has been subjected to long stretches of solitary confinement and denied medical treatment related to her gender identity. Nancy Hollander, Manning’s appellate attorney, and Chase Strangio of the ACLU, who represents Manning in a lawsuit against the Pentagon for denial of medical care related to her gender dysphoria, spoke with Amy Goodman.

Oscar López Rivera to Be Freed
President Obama also commuted the sentence of longtime Puerto Rican independence activist Oscar López Rivera, who has been imprisoned for about 35 years, much of the time in solitary confinement. In 1981, López Rivera was convicted on federal charges including seditious conspiracy—conspiring to oppose U.S. authority over Puerto Rico by force. In 1999, President Bill Clinton commuted the sentences of 16 members of the FALN, but López Rivera refused to accept the deal because it did not include two fellow activists, who have since been released. Under Obama’s commutation order, López Rivera will be released on May 17. Oscar’s brother José López Rivera joins the show from Chicago, as well as Democracy Now! co-host Juan González.

Activists Call on Obama to Pardon Leonard Peltier
While President Obama shortened the sentences of Oscar López Rivera and Chelsea Manning and 207 other prisoners, Obama took no action on 71-year-old imprisoned Native American activist Leonard Peltier. Peltier is a former member of the American Indian Movement who was convicted of killing two FBI agents during a shootout on South Dakota’s Pine Ridge Indian Reservation in 1975. He has long maintained his innocence.

Help Leonard Peltier and Edward Snowden
In a welcome move, Pres. Obama has commuted Chelsea Manning’s sentence. However, he has so far taken no action in the cases of Leonard Peltier, a Native American activist who has been in prison for many years, or Edward Snowden. Check out these links for more information and to get involved:

Jeremy Scahill: Did Education Nominee Betsy DeVos Lie to Senate About Ties to Anti-LGBT Foundation?
On Tuesday, education secretary nominee Betsy DeVos faced intense questioning by Democratic senators during her confirmation hearing. DeVos is a longtime backer of charter schools and vouchers for private and religious schools. She and her husband have also invested in a student debt collection agency that does business with the Education Department. On Tuesday, DeVos was repeatedly questioned over her role in her family’s foundations, which have poured millions of dollars into funding private Christian schools and anti-LGBT organizations, including the groups Focus on the Family and the Family Research Council, which the Southern Poverty Law Center has listed as a hate group. During her testimony, DeVos claimed she had nothing to do with the family’s Prince Foundation, even claiming that multiple federal tax filings listing her as the foundation’s vice president were incorrect.

Jeremy Scahill on Obama’s Commutation of Chelsea Manning & Continued Demonization of Edward Snowden
While President Obama has commuted the sentence of Army whistleblower Chelsea Manning, the administration has indicated it has no plans to pardon NSA whistleblower Edward Snowden. White House Press Secretary Josh Earnest said last week, “The release of the information [Manning] provided to WikiLeaks was damaging to national security. But the disclosures by Edward Snowden were far more serious and far more dangerous.”

Militarized Police Tear Gas, Shoot Rubber Bullets at #NoDAPL Protesters on MLK Day | Paper
Sandra Song outlines the latest attacks by militarized police on the Standing Rock water protectors. The battle is far from over. Here is an updated list on how you can help.

Week 9: Experts in authoritarianism advise to keep a list of things subtly changing around you | Amy Siskind
President and Co-founder of The New Agenda, Amy Siskind has been blogging on this topic since Nov. 20, and this is the 9th instalment — and the longest list so far. (Here is the first.)

The One Crucial Question Trump Refuses to Answer | The Resistance
Can he say that he and his associates had no contact with Russia before or during the election campaign? Well, he hasn’t said it yet. Keith Olbermann breaks it down.

Trump Gets Ready For Day One-ish | The Late Show with Stephen Colbert
Apparently the President-select thinks he gets weekends off. Also, Russian sex workers get an endorsement for being the finest in the world. Who knew?