Sandra Bland’s family speaks out after a grand jury fails to indict anyone in relation to her jail cell death. We are honored to offer this broadcast as part of our affiliation with the Pacifica Network. 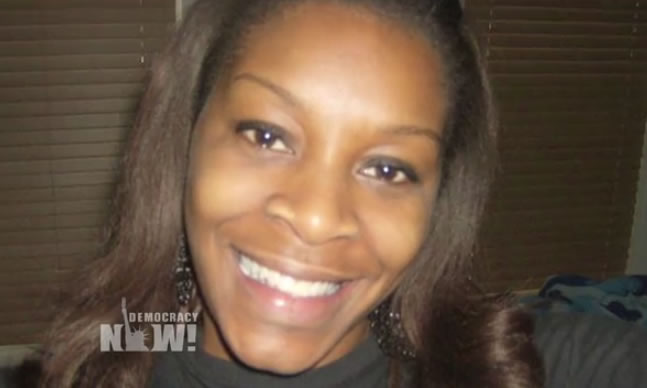 Family members and supporters are demanding justice for Sandra Bland after a grand jury failed to indict anyone for her death. Bland, an African-American woman, was arrested on July 10 in Prairie View, Texas, after she allegedly failed to signal a lane change. She was jailed with bond set at $5,000. Three days later, she was found dead in her jail cell. Video: image still.

Sandra Bland’s family has spoken out following the hearing. Convinced she did not commit suicide as authorities claim, they will file a wrongful death suit. Democracy Now! interviews Bland’s mother and sister and the family attorney. Today’s show also reports on Mall of America attempting to ban a Black Lives Matter protest.