The nine leading Republican presidential candidates squared off last night in Las Vegas at the Venetian casino. We are honored to offer this broadcast as part of our affiliation with the Pacifica Network. 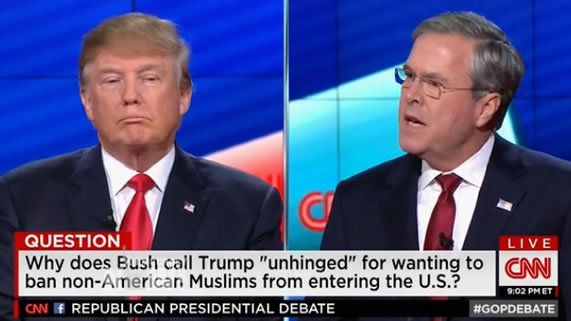 Today’s edition looks at the first Republican presidential debate since Donald Trump proposed to ban Muslims from entering the U.S. During the debate, Trump suggested closing areas of the internet… Guests on the show included Arun Kundnani, author of The Muslims Are Coming!