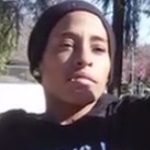 The Associated Press and NBC News have announced Hillary Clinton has won the Democratic nomination, based on unofficial polls, a day before seven primaries take place. Also, a California Black Lives Matter activist has been convicted of “felony lynching,” her possible four-year sentence contrasting sharply with the six months handed to a convicted rapist in the same state. 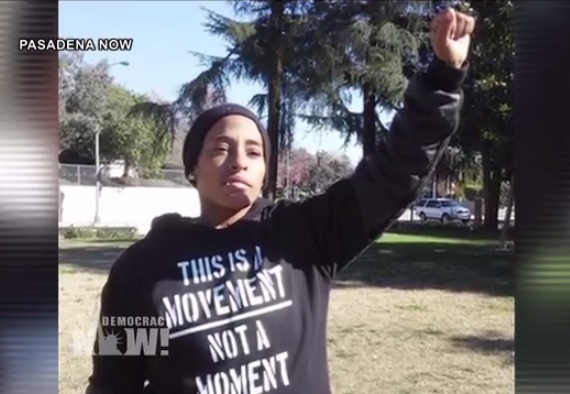 Jasmine Richards, who was just convicted of “felony lynching” in California for trying to de-arrest a fellow activist. How ironic can you get? Image: video still

On the eve of the California primary and six other contests, the Associated Press and NBC News shook up the Democratic race for the White House last night by announcing Hillary Clinton had reached the number of delegates needed to capture the nomination, beating challenger Bernie Sanders. Both news organizations reached that conclusion based on unofficial polls of unelected superdelegates.

If the projections stand, Clinton would become the first woman to ever be the presidential candidate of a major political party in U.S. history. Sanders criticized the move. “According to the Democratic National Committee, what they should not be doing is lumping pledged delegates, i.e. real delegates, with superdelegates, who may or may not change their mind, but who do not vote until July 25th,” Sanders said.

Ahead of the California vote, Donald Trump is facing criticism for downplaying the state’s historic drought. He recently blamed the lack of water in some communities on environmentalists who are “trying to protect a certain kind of three-inch fish.” California Senate President Pro-Tem Kevin de León and Los Angeles City Councilmember Gil Cedillo debate who is the best candidate to take on the Drumpf.

Finally, in California, Black Lives Matter activist Jasmine Richards faces up to four years in prison at her sentencing today after she was convicted of a rarely used statute in California law known up until recently as “felony lynching.” Police accused her of trying to de-arrest someone during a peace march in Pasadena last August. This contrasts sharply with another California case — Stanford rapist Brock Turner, who was sentenced to only six months.