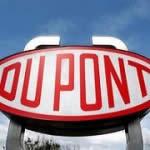 Three guests who personally battled with DuPont are featured in the new documentary called “The Devil We Know,” that looks at how former DuPont employees, residents and lawyers took on the chemical giant to expose the danger of the chemical C8.

DuPont vs. the World: Chemical Giant Covered Up Health Risks of Teflon Contamination Across Globe
Three guests who personally battled with DuPont are featured in the new documentary called “The Devil We Know,” that looks at how former DuPont employees, residents and lawyers took on the chemical giant to expose the danger of the chemical C8, found in Teflon and countless household products—from stain- and water-resistant apparel to microwave popcorn bags to dental floss. The chemical has now been linked to six diseases, including testicular and kidney cancers. Bucky Bailey’s mother worked in the Teflon division of a DuPont plant in West Virginia while she was pregnant with him, and who was born with only one nostril and a deformed eye and has undergone more than 30 surgeries to fix the birth defects; Joe Kiger is lead plaintiff in a class action lawsuit against DuPont, and a school teacher in Parkersburg, West Virginia, who suffered from liver disease; Rob Bilott is the attorney that brought DuPont to court.

A Warning from the Center of the World: Pacific Nation Kiribati Is Disappearing as Sea Level Rises
At the Sundance Film Festival in Park City, Utah, former President Anote Tong speaks about his desperate efforts to save his small Pacific Island state of Kiribati from rising sea levels from global warming, as told in the new documentary “Anote’s Ark.” Kiribati is a collection of 33 coral atolls and reef islands located over 1,000 miles south of Hawaii and nearly 4,000 miles northeast of Australia. It is home to 100,000 people. Already, an entire village was inundated, and its residents forced to flee, as the sea wall broke into a freshwater pond. Tong predicts his country will become uninhabitable in 30 to 60 years as rising tides displace more and more people, wash away infrastructure, degrade fragile coral reefs and disrupt the remote island’s food supply.