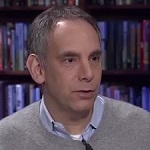 Today, Amy Goodman and Nermeen Shaikh interview Dave Isay, the founder of StoryCorps, the award-winning national oral history project. Since 2003, StoryCorps has been recording and publishing interviews that allow people to share and preserve the stories of their lives. 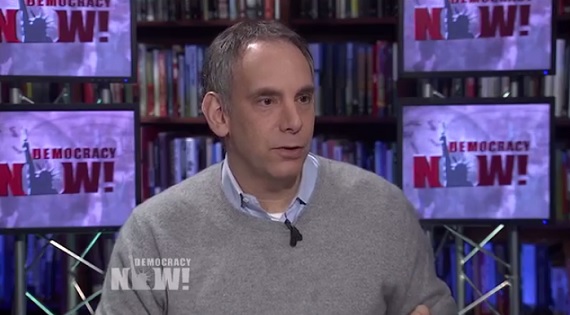 Today, Amy Goodman and Nermeen Shaikh interview Dave Isay, the founder of StoryCorps, the award-winning national oral history project. Since 2003, StoryCorps has been recording and publishing interviews that allow people to share and preserve the stories of their lives. A quarter of a million people have recorded interviews with their loved ones through StoryCorps. From their website:

StoryCorps’ mission is to preserve and share humanity’s stories in order to build connections between people and create a more just and compassionate world.

We do this to remind one another of our shared humanity, to strengthen and build the connections between people, to teach the value of listening, and to weave into the fabric of our culture the understanding that everyone’s story matters. At the same time, we are creating an invaluable archive for future generations.

In a 1989 radio documentary, “Tossing Away the Keys,” Isay chronicled the case of Moreese Bickham, a former death row prisoner who recently died at the age of 98. In 1958, Bickham, an African American, was sentenced to death for shooting and killing two police officers in Mandeville, Louisiana, even though Bickham said the officers were Klansmen who had come to kill him and shot him on the front porch of his own home. Many other people in the community also said the officers worked with the Ku Klux Klan, which was a common practice in small Southern towns. Moreese Bickham served 37 years at Angola State Penitentiary, in solitary confinement for 23 hours a day.

He won seven stays of execution, but Louisiana’s governors repeatedly denied him clemency until, under enormous pressure, he was finally released in 1996. Days after he was released, he traveled to New York, where he was interviewed on WBAI’s “Wake-Up Call” by Amy Goodman, Bernard White and others.

Isay has just published a new book titled Callings: The Purpose and Passion of Work.