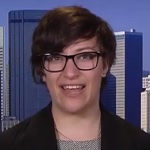 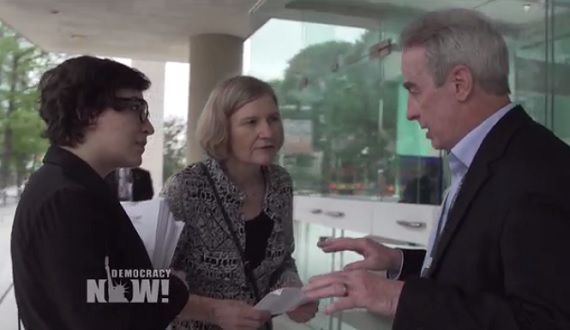 An internal government watchdog has concluded Hillary Clinton broke government rules by using a private email server without approval while she was secretary of state. That was the key finding of a long-awaited report by the State Department inspector general. The report concluded that Clinton would not have been allowed to use a private server in her home had she asked department officials in charge of information security, because it posed “significant security risks.”

Well, in addition to the substance of what was found by the inspector general regarding her conduct with installing a private email server, what really stuck out to me and, I think, most observers was that she declined to be interviewed for the probe. Now, throughout her campaign and even prior to the campaign, she gave repeated assurances that she would comply with every single investigation into the propriety of this conduct. And for her now to have—to have been revealed that she did not comply with a probe overseen by the department which she headed for four years is pretty astonishing.

At its annual meeting in Dallas, Texas, ExxonMobil shareholders rejected a series of resolutions Wednesday calling for climate action, including resolutions backed by CalPERS, the California Public Employees’ Retirement System, as well as the New York [state] Comptroller Thomas DiNapoli and the Church of England. Shareholders did pass a measure to let minority shareholders nominate outsiders for seats on the board, raising the possibility that a climate activist could someday become a director at Exxon.

At the shareholders’ meeting, the granddaughter of a former Exxon scientist questioned the CEO of Exxon about the company’s record. Her name is Anna Kalinsky, and she spoke to Amy and Nermeen Shaikh about her frustration with Exxon’s policy:

To say that we’re looking at all sides of the climate change issue is ignoring that there has been global consensus on the realities of climate change for years and that Exxon has now, at this point, had four decades of knowledge about climate change, has their own scientists working, who know about these sorts of things. And for CEO Tillerson to say that Exxon wouldn’t be taking decisive action either to cut ties with groups which deliberately spread climate change misinformation, groups like the American Legislative Exchange Council, and that Exxon also, even though they acknowledged during their shareholders meeting that climate change is real and that burning of fossil fuels has an effect, that it was more important for them to focus on their immediate bottom line, it’s incredibly disheartening.

Look, what happened yesterday at the Exxon meeting is the same thing that’s happened at every Exxon meeting since 1990. There have now been upwards of 70 shareholder resolutions put forward to do something about climate change, and most of them incredibly mild, merely “give us a report about what you plan to somehow do someday to deal with some direction with climate change.” Every single one of them has been voted down. That’s why, you know, the Rockefellers, whose family founded the darn company, divested all their stock and gave up in trying to change that way a year or so ago, and instead joined this huge, growing movement to demand real change. And I’ll note that—one very good piece of good news yesterday: While Exxon was stonewalling and continuing its time-honored traditions, University of Massachusetts became the largest public university system to divest from all fossil fuels, which was a very powerful moment, indeed, in this big campaign.

I should add, too, that it’s not just Exxon, though Exxon—because, as Anna says, we now know that they knew everything about climate change, that there’s a sort of particular—a particular horror in their story. But earlier this week at their annual meeting, the CEO of Shell said—explained that we didn’t want to switch to renewables too quickly because that would “imperil the dividends.” We’re living in a world, as you know, that’s basically sliding out of control. 2016 is crashing every record we’ve ever had for high temperature. We’re losing vast swaths of coral reef. We’ve got unprecedentedly large early season fires burning in the boreal north. And this guy thinks the thing that’s in peril is his dividends? That should tell you what you need to know.

Finally, on Wednesday, 11 states sued the Obama administration over its recent directive requiring that public schools grant transgender students access to bathrooms and locker rooms consistent with their gender identity. Nine of the 11 states are run by Republican governors. The lawsuit alleges, “Defendants have conspired to turn workplaces and educational settings across the country into laboratories for a massive social experiment, flouting the democratic process, and running roughshod over commonsense policies protecting children and basic privacy rights.” The Human Rights Campaign responded to the Texas-led lawsuit by calling it “a shameful attack on transgender youth across the state and the nation.

The Texas-led lawsuit comes shortly after the Obama administration sued the state of North Carolina over the state’s anti-transgender law HB 2, that nullifies ordinances protecting LGBT people from discrimination and forces transgender people to use the bathroom that matches what they were assigned on their birth certificate.