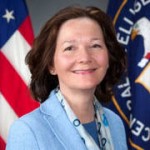 On Capitol Hill Wednesday, President Trump’s nominee to head the CIA, Gina Haspel, announced she would not restart the CIA’s interrogation program. But she repeatedly refused to call the CIA’s post-9/11 treatment of prisoners “torture,” and declined to state whether she believes torture is immoral.

Jeremy Scahill: Obama Paved Way for Haspel to Head CIA by Failing to Hold Torturers Accountable
On Capitol Hill Wednesday, President Trump’s nominee to head the CIA, Gina Haspel, announced she would not restart the CIA’s interrogation program. But she repeatedly refused to call the CIA’s post-9/11 treatment of prisoners “torture,” and declined to state whether she believes torture is immoral. Haspel’s comments came in testimony to the Senate Intelligence Committee, as she made her case to become the first woman to head the agency. Haspel is a 33-year CIA veteran who was responsible for running a secret CIA black site in Thailand in 2002, where one prisoner was waterboarded and tortured in other ways. Haspel also oversaw the destruction of videotapes showing torture at the black site. At least two Republican senators have come out against her—Rand Paul and John McCain, who said her “role in overseeing the use of torture is disturbing & her refusal to acknowledge torture’s immorality is disqualifying.” But Haspel may still be confirmed with the help of Democratic lawmakers. Democratic Senator Joe Manchin of West Virginia has already announced he will back Haspel.

Coming of Age in the Syrian War: Memoir by Journalist Marwan Hisham & Illustrator Molly Crabapple
Israel has bombed dozens of Iranian targets inside the country in the largest attack by Israel since fighting began in Syria in 2011. The bombing raid came a day after Israel accused Iranian forces in Syria of firing 20 rockets at Israeli forces in the occupied Golan Heights, a part of Syria that Israel has occupied since 1967. Guest Marwan Hisham is a Syrian journalist from Raqqa, now living in exile in Turkey. He became a journalist after first taking part in the initial protests against Bashar al-Assad in 2011. His new book is illustrated and co-authored by the award-winning artist Molly Crabapple. They first started collaborating in 2014, when Hisham was still living in ISIS-occupied Raqqa. He would send her photographs of life under ISIS, and she would draw illustrations of them. Their book is titled “Brothers of the Gun: A Memoir of the Syrian War” and is out next week.