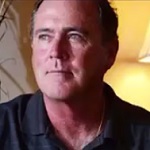 Senate Democrats took the chamber floor for a marathon, nearly 15-hour filibuster for stricter gun control legislation Wednesday. Led by Connecticut Senator Chris Murphy, the filibuster was the ninth longest in U.S. history. Also today, the show features several investigative reports on the dodgy movements of the Drumpf. It would appear the gloves are off. 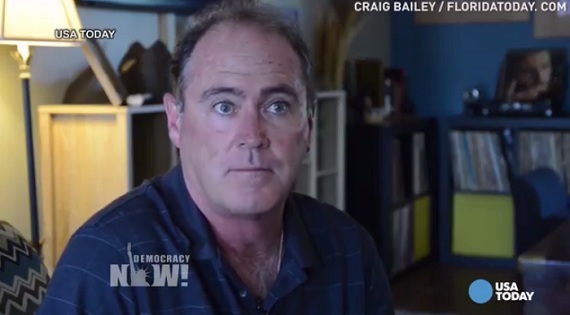 This is Paul Friel, whose family company did contract work for Trump. They allege that they never received the final payment for $83,000, and subsequently were unable to find work in Atlantic City. The company went bankrupt. This is just one of many stories highlighted in a report for USA Today. Image: video still

Senate Democrats took the chamber floor for a marathon, nearly 15-hour filibuster for stricter gun control legislation Wednesday, just days after a gunman opened fire at a gay nightclub in Orlando, killing 49 people and injuring dozens of others.

Led by Connecticut Senator Chris Murphy, the filibuster was the ninth longest in U.S. history. It ended early Thursday morning after Republicans agreed to hold a vote considering two gun control measures that would require universal background checks for all firearm purchases and would bar anyone on a no-fly terror watchlist from buying guns.

A series of new investigative articles have revealed Donald Trump’s shady business dealings in Atlantic City, his failure to pay contracted workers over the years, and his decision to partake in what may amount to “calculated tax fraud” — a felony. We begin by looking at how Donald Trump bankrupted his Atlantic City casinos, but still earned millions.

“Even as his companies did poorly, Mr. Trump did well. He put up little of his own money, shifted personal debts to the casinos and collected millions of dollars in salary, bonuses and other payments. The burden of his failures fell on investors and others who had bet on his business acumen,” wrote Russ Buettner and Charles Bagli in The New York Times. They join Amy Goodman to discuss their piece, “How Donald Trump Bankrupted His Atlantic City Casinos, But Still Earned Millions.”

A new USA Today exposé finds hundreds of former employees and contractors have accused Republican presidential presumptive nominee Donald Trump and his businesses of failing to pay them for their work.

Victims have included a dishwasher in Florida, a glass company in New Jersey, a carpet company, a plumber, 48 waiters, dozens of bartenders at his resorts and clubs, and even several law firms that once represented him in these labor lawsuits.

For months, presumptive Republican presidential nominee Donald Trump has refused to release his tax returns. What’s he hiding? David Cay Johnston, writing for The Daily Beast, has an idea.