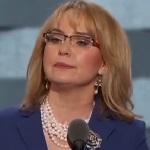 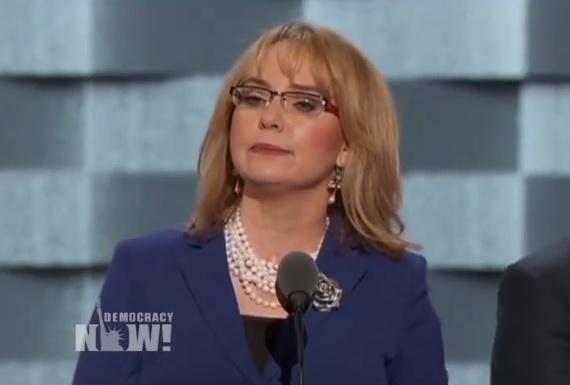 Protests on the floor of the convention continued on Wednesday. They reached a peak when former CIA Director Leon Panetta took the stage. While Panetta was criticizing Donald Trump’s appeal to the Russians to hack Hillary Clinton’s emails, many delegates started chanting “No more war!” We hear Panetta’s remarks and speak to a Bernie Sanders delegate who took part in the protest.

On Wednesday night, President Obama addressed the Democratic National Convention in Philadelphia and implored the nation to vote for Hillary Clinton. As Obama seeks to pass the torch to his secretary of state, today’s show hosts a debate on Hillary Clinton, her rival Donald Trump and President Obama’s legacy between Princeton University professor Eddie Glaude and Georgetown University professor Michael Eric Dyson. Glaude’s most recent book is “Democracy in Black: How Race Still Enslaves the American Soul,” and he recently wrote an article for Time magazine headlined “My Democratic Problem with Voting for Hillary Clinton.” Dyson is the author of “The Black Presidency: Barack Obama and the Politics of Race in America” and wrote a cover article for the New Republic titled, “Yes She Can: Why Hillary Clinton Will Do More for Black People Than Obama.”

Baltimore City State’s Attorney Marilyn Mosby announced Wednesday she was dropping all charges against the remaining three police officers charged in the arrest and death of Freddie Gray. Gray died in April 2015 of spinal injuries after he was arrested and transported in a police van. Four officers in the case went on trial earlier this year. None were convicted on any of the charges they faced, which included murder. Amy Goodman spoke with Baltimore Mayor Stephanie Rawlings-Blake.

As President Obama addressed the Democratic National Convention last night, delegates held up signs denouncing the sweeping trade deal called the Trans-Pacific Partnership. Obama has been pushing through the TPP, which encompasses 12 Pacific Rim nations, including the United States, and 40 percent of the world’s economy. Both Hillary Clinton and Donald Trump have come out opposing the deal amid a wave of public protest by those who say it benefits corporations at the expense of health and environmental regulations. This week, Virginia Governor Terry McAuliffe told Politico that he believes Hillary Clinton would support the TPP if she were elected president. The trade agreement will be one of the main economic issues the incoming president will have to address. Others include unprecedented levels of inequality, mounting student debt and financial sector reforms.