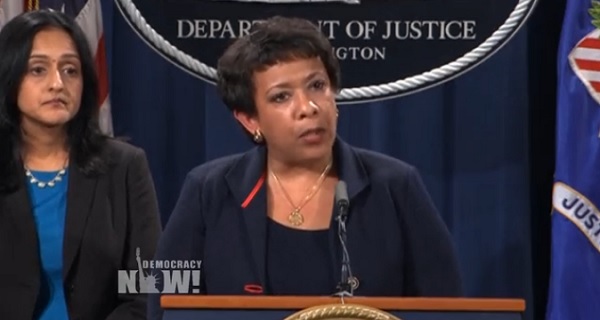 Meanwhile, the Congressional Black Caucus PAC is expected today to endorse Hillary Clinton, and despite Bernie Sanders’ 60-38 victory in the New Hampshire primary, Democratic Party delegates were evenly divided between the two. Today’s show considers whether unelected super-delegates could decide the candidacy, as opposed to the public vote.

The Department of Justice has announced it will sue Ferguson, Missouri. Speaking at a press conference on Wednesday, Loretta Lynch said, “We intend to aggressively prosecute this case, and we intend to prevail.” The lawsuit says Ferguson is guilty of a “pattern or practice” of law enforcement actions violating the First, Fourth and 14th Amendments of the U.S. Constitution and federal civil rights laws.