In Baltimore, a judge has declared a mistrial in the case of the first police officer to be charged in the death of Freddie Gray, after jurors were unable to reach a verdict on any of the charges against Officer William Porter. 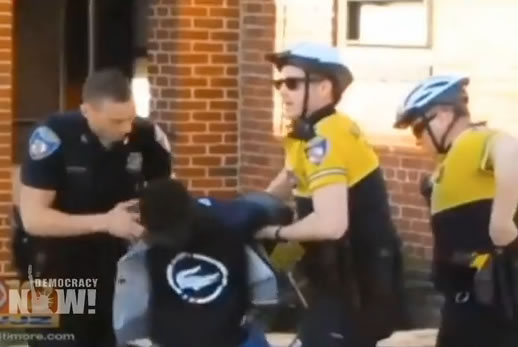 Today’s episode examines the Freddie Gray case mistrial verdict due to a hung jury, which has sparked protests in Baltimore. There is also a feature on the state of emergency declared in Michael Moore’s hometown of Flint, Michigan. Flint’s mayor made the declaration following the discovery of unsafe lead levels in drinking water.