A Bad Week for Warmongers: U.S.-Iran Quickly Resolve Sailors’ Breach Just Before Nuke Deal Kicks In. We are honored to offer this broadcast as part of our affiliation with the Pacifica Network. 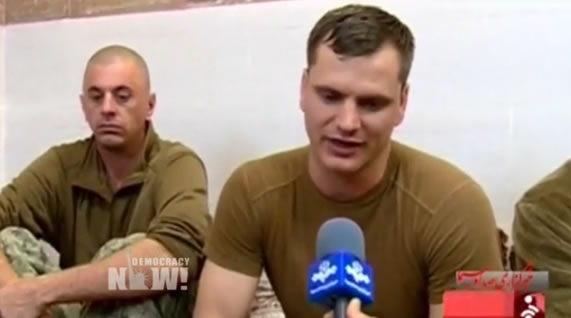 This week is not looking kind to opponents of the Obama administration’s diplomacy with Iran. On Wednesday, Iran freed 10 U.S. sailors less than 24 hours after their two U.S. ships entered Iranian territorial waters in the Persian Gulf. This comes just days before the Iran nuclear deal is set to take effect, easing sanctions and freeing up billions in frozen Iranian money. Is this a new era for U.S.-Iran ties? We are joined by Trita Parsi of the National Iranian American Council, author of the forthcoming book, “Losing an Enemy: Obama, Iran and the Legacy of Diplomacy.”