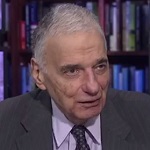 As the news comes that third-party candidates will be excluded from the first presidential debate, today’s show is devoted to an in-depth interview with four-time presidential candidate Ralph Nader, who has previously been excluded from debates. He has a new book titled “Breaking Through Power: It’s Easier Than We Think.“ 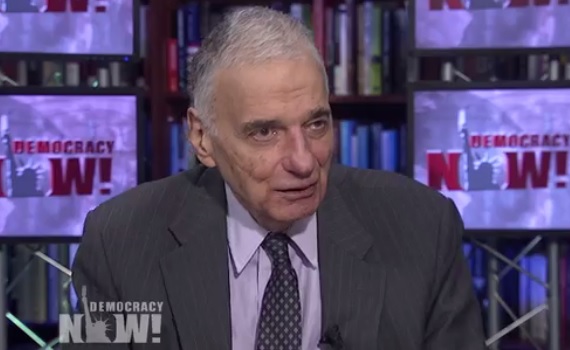 Ralph Nader discusses the flaws in the political system that has denied debate places to all but the two major party candidates. Image: video still

As the news comes that third-party candidates will be excluded from the first presidential debate, today’s show is devoted to an in-depth interview with four-time presidential candidate Ralph Nader, who has previously been excluded from debates. He has a new book titled “Breaking Through Power: It’s Easier Than We Think.”

The first segment begins with an explanation of how the Democratic and Republican parties took charge of the debate process, courtesy of George Farah, the founder and executive director of Open Debates. It’s worth quoting in full:

The League of Women Voters ran the presidential debate process from 1976 until 1984, and they were a very courageous and genuinely independent, nonpartisan sponsor. And whenever the candidates attempted to manipulate the presidential debates behind closed doors, either to exclude a viable independent candidate or to sanitize the formats, the league had the courage to challenge the Republican and Democratic nominees and, if necessary, go public.

In 1980, independent candidate John B. Anderson was polling about 12 percent in the polls. The league insisted that Anderson be allowed to participate, because the vast majority of the American people wanted to see him, but Jimmy Carter, President Jimmy Carter, refused to debate him. The league went forward anyway and held a presidential debate with an empty chair, showing that Jimmy Carter wasn’t going to show up.

And lastly, in 1988, was the first attempt by the Republican and Democratic campaigns to negotiate a detailed contract. It was tame by comparison, a mere 12 pages. It talked about who could be in the audience and how the format would be structured, but the league found that kind of lack of transparency and that kind of candidate control to be fundamentally outrageous and antithetical to our democratic process. They released the contract and stated they refuse to be an accessory to the hoodwinking of the American people and refuse to implement it.

And today, what do we have? We have a private corporation that was created by the Republican and Democratic parties called the Commission on Presidential Debates. It seized control of the presidential debates precisely because the league was independent, precisely because this women’s organization had the guts to stand up to the candidates that the major-party candidates had nominated.

On the effect of exclusion from the debates: “You see, it’s basically a terminal exclusion, because you can go and speak to the biggest crowds of all—I filled Madison Square Garden, the Boston Garden, the Target Center; I reached less than 2 percent of the people I could have reached had I been on one debate. And the polls, again and again, showed that a majority of the people want more people on that stage. They don’t just want the Republican and Democratic Party going through basically parallel news conferences. They’re not really debates.”

On military policy: “We have to wage peace. We have to use a fraction of the money we use for armaments abroad, making things worse, dealing with healthcare and clean drinking water and agricultural co-ops—all the things—and education—all the things that will build support for a peaceful resolution of disputes and support for the United States. You know, it’s—as they say, it’s not rocket science. The proof in the pudding is that our government does not learn from its failures.” 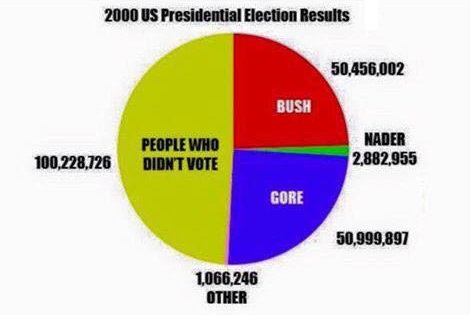 Well, that’s one way of looking at it.

On Bernie Sanders: “He’s a lone ranger. He doesn’t like to be pushed into more progressive action than he is willing to adhere to. As a result, millions of his voters now are in disarray.

“They don’t know where to go. They’re cynical. Some will go Democrat. Some will support Libertarian, Green. Some will stay home. And so this huge, wonderful effort that he launched is now aborted. It’s dissipating. So, it isn’t a matter of either/or; it’s a matter of him cutting out from the accolades to Hillary, which he doesn’t like to do—he doesn’t like to be a robot or run around the country that way—and mobilize the citizenry, which will transcend the election and start something effective after the election.”

On Trump: “He’s gone bankrupt deliberately four or five times in his Atlantic City and other casinos, because he rakes off the cream from the bankruptcy, and he gets rid of his debts. So he’s cheating his creditors. He’s cheating his workers, who are left on the street. With Trump University, he’s cheated his students. That’s now in litigation. He’s cheated the taxpayers, because anybody who’s a corporate welfare king is a freeloader on the backs of middle-class taxpayers, who have to pay their taxes. And he’s boastfully cheated on matrimony. Imagine a guy boasting about cheating in the past on his own matrimony. And you have evangelicals supporting him? You see, this—he is doing us a favor by showing us the degree of disintegration in our society, civically and otherwise.”

On corporate malpractice: “In the period when these bombs are being discovered in trash cans in New York, 25 people have died in the New York area from mishaps in hospitals—hospital-induced infections, hospital malpractice, bad prescription of drugs. Totally, it’s 700 a day. This is a silent violence from corporate negligence, that includes air pollution, includes a lot of other hazards from negligent or criminal corporations. But silent violence doesn’t get on TV. It’s overt violence that gets on TV, which is more like street crime or violent attacks. So, but by far, the greatest number of Americans who are dying from preventable causes are from corporate misbehavior, whether it’s air pollution, water pollution, contaminated water, hospital hazards, you name it. And it’s all documented by groups like Harvard Medical School, Harvard School of Public Health, Johns Hopkins. But very little, if anything, is done about it, because it emanates from profit-making corporations that put money into political campaigns. But that doesn’t stop people from organizing in each congressional district. You can transform this country with Congress watchdog groups in each congressional district, representing majority opinions, a lot of left-right support for change in this country.” 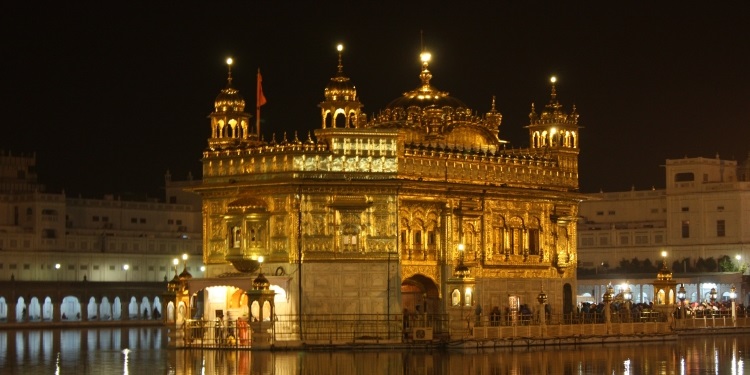 Eric’s new class, It’s All In the Houses, will be held on Saturday, Oct. 8 at noon EDT. Discover the key to truly understanding an astrology chart. You may sign up here. Photo by Arian Zwegers.