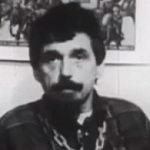 Today’s show is a Memorial Day special, remembering the lives and achievements of Father Daniel Berrigan and Michael Ratner, who both died this year. The team plays extensive footage of each, telling their extraordinary stories in their own words. 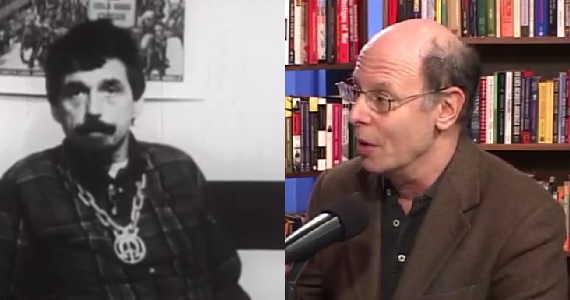 Today’s show is a Memorial Day special, remembering the lives and achievements of Father Daniel Berrigan and Michael Ratner, who both died this year. The team plays extensive footage of each, telling their extraordinary stories in their own words.

One of the Kennedys announced that they would love to have a discussion between the secretary of war and myself in front of everybody, which we did start.

And they asked me to initiate the thing, and I said to the secretary something about, “Since you didn’t stop the war this morning, I wonder if you’d do it this evening.” So he looked kind of past my left ear and said, “Well, I’ll just say this to Father Berrigan and everybody: Vietnam is like Mississippi. If they won’t obey the law, you send the troops in.” And he stopped.

And the next morning, when I returned to New York City, I said to a secretary at a magazine we were publishing—I said, “Would you please take this down in shorthand? Because in two weeks I won’t believe that I heard what I heard. The secretary said, in response to my request to stop the war, quote, ‘Vietnam is like Mississippi: If they won’t obey the law, you send the troops in.’”

And this was supposed to be the brightest of the bright, one of the whiz kids, respected by all in the Cabinet, etc., etc., etc. And he talks like a sheriff out of Selma, Alabama. Whose law? Won’t obey whose law? Well, that was the level at which the war was being fought.

Finally, here’s the conclusion of Michael Ratner’s speech in 2007, on winning the Puffin/Nation Prize for Creative Citizenship.

Today we’re in the midst of a pitched battle to put this country back, at least ostensibly, on the page of fundamental rights and moral decency. The battle is difficult, and the road is long and hard. On occasion, I get pessimistic. Sometimes I and my colleagues feel like Sisyphus. Twice—not just once, twice—we pushed the rock up the hill and won rights for Guantánamo detainees in the Supreme Court, and twice the rock was rolled back down by Congress over those rights. So we pushed it back up again. Five days ago, we were in the Supreme Court for the third time. It was difficult, more difficult than before, because the justices have changed. Four are antediluvians, lost forever to humanity.

But before I get us all depressed, we’ve had our victories. We’ve gotten lawyers to Guantánamo, stopped the most overt torture and freed half of the Guantánamo detainees—over 300. We have gotten Maher Arar out of Syria. Canada has apologized for his torture, given him a substantial recovery—in Canadian dollars, which is no embarrassment anymore. They said he was an innocent man, but he remains on the U.S. terror list. We have slowed, but not yet stopped, a remarkable grab for authoritarian power.

I also don’t lose hope, because I think about the early days of Guantánamo. At first, we were few. But now, we are many. At first, when CCR began, we were the lonely warriors taking on the Bush administration at Guantánamo. Now we are many. Now we, just on Guantánamo alone, are over 600 lawyers, most from major firms of every political stripe. These lawyers have an understanding of what is at stake: liberty itself. This struggle—this struggle will be seen as one of the great chapters in the legal and political history of the United States.

Today, war, torture, disappearances, murder surround us like plagues. Most in this country go on their way oblivious. Some don’t want to know and are like ostriches. Some want to justify it all. Some want to make compromises. But be warned: We are at a tipping point, a tipping point into lawlessness and medievalism. We have our work to do. For each of us, the time for talking is long, long over. This is no time for compromise, no time for political calculation. As Howard Zinn admonishes us, it is the job of thinking people not to be on the side of the executioners. The Puffin/Nation Prize reminds us all that the job for each of us is not to be on the side of the executioners.