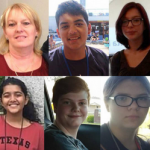 The latest in a series of deadly mass shootings at U.S. schools took place Friday morning in Texas. 17-year-old Dimitrios Pagourtzis entered Santa Fe High School and shot dead 10 people—eight fellow students and two teachers. He used a shotgun and a .38 revolver taken from his father.

After Santa Fe HS Shooting, Texas Lawmakers Have “Focused on Anything But Guns”
The latest in a series of deadly mass shootings at U.S. schools took place Friday morning in Texas. 17-year-old Dimitrios Pagourtzis entered Santa Fe High School and shot dead 10 people—eight fellow students and two teachers. He used a shotgun and a .38 revolver taken from his father to carry out the murders. Ahead of the attack, Pagourtzis posted on his Facebook page a picture of a T-shirt he wore Friday that read “Born to Kill.” Some Texas officials responded to Friday’s shooting with calls for prayers and blamed abortion and violent video games. The incoming National Rifle Association president, Oliver North, blamed Ritalin for school shootings.

Malala, and Now Sabika: Pakistani Girl’s Death in Texas Should Prompt Reflection on Gun Violence
One of the 10 victims in the Santa Fe High School shooting was Sabika Sheikh, an exchange student from Pakistan. She was due to return to her home country in June after participating in an exchange program sponsored by the State Department. CNN reporter Saeed Ahmed compared the shooting of Sheikh to that of Malala Yousafzai, who was shot in the head by a Taliban gunman who boarded her school bus in 2012. Ahmed wrote, “Both are Pakistani girls: One, Malala, was shot on her way to school by a militant in Swat, near Pakistan’s border with Afghanistan. She survived. The other, Sabika, was shot by a fellow student inside a school in Santa Fe, Texas. She died. But, as many ruefully pointed out, that’s where the comparison ends.” He went on to quote blogger Asfandyar Bhittani, who tweeted that, unlike Malala, “Sabika Sheikh will be forgotten before next weekend.”

Soraya Chemaly on Mass Shootings: “Focus Should Be on Boys & Men Who Can’t Take No for an Answer”
As details surface about the school shooting in Santa Fe, Texas, Friday that left 10 dead, a familiar pattern has emerged: The shooter was a white male who had been rejected by a female classmate. The mother of Shana Fisher, one of the victims in the art classroom where police say 17-year-old Dimitrios Pagourtzis entered and opened fire, told the Los Angeles Times that her 16-year-old daughter “had 4 months of problems from this boy… He kept making advances on her and she repeatedly told him no.” Sadie Rodriguez said her daughter recently stood up to Pagourtzis in class, and “a week later he opens fire on everyone he didn’t like.” The Santa Fe shooting could be the second school shooting in recent months driven by such rejection. In March, 16-year-old Jaelynn Willey was shot in the head at Great Mills High School by 17-year-old Austin Wyatt Rollins after she had ended their relationship. Her injuries left her brain dead. She later died after she was taken off life support by her family.