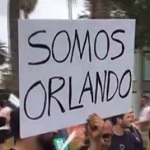 Vigils are being held across the country following what has been described as the deadliest mass shooting in modern American history and the deadliest attack ever on the LGBT community in the United States. At least 50 people died in Orlando, Florida, early Sunday morning after a gunman opened fire at a packed gay dance club. More than 50 others were injured. 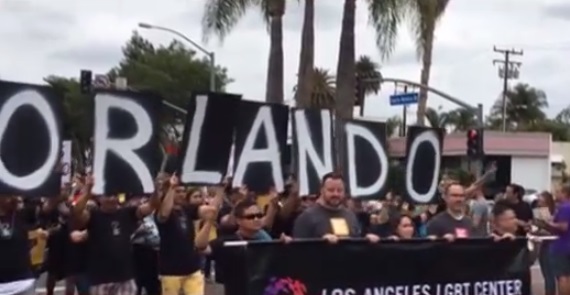 Vigils are being held across the country following what has been described as the deadliest mass shooting in modern American history and the deadliest attack ever on the LGBT community in the United States. At least 50 people died in Orlando, Florida, early Sunday morning after a gunman opened fire at a packed gay dance club. More than 50 others were injured. The victims were mostly Latino. Three hours after the shooting began, authorities say, the gunman was shot dead when police raided the club.

For over a decade, the Pulse nightclub in Orlando was a popular destination for the LGBT community in central Florida. It was opened in 2004 by Barbara Poma to celebrate her brother, who had died of AIDS. Orlando native Daniel Leon-Davis spoke to Amy Goodman. He wrote a piece for Fusion titled “The Site of the Orlando Shooting Wasn’t Just a Gay Nightclub. It was My Safe Haven.”

Authorities have identified the Orlando gunman as 29-year-old Omar Mateen. He was born in 1986 in New York to Afghan parents. Since 2007 Mateen had worked as a security guard at G4S, the largest private security firm in the world. The FBI interviewed Mateen in 2013 and 2014 for possible terrorist ties. According to The New York Times, he was placed under FBI surveillance for a time, but the agency eventually closed its inquiry. There are reports that Mateen called 911 around the time of the assault and declared his allegiance to the Islamic State, but no audio of the call has been released to the public.

In a tweet that went viral after Sunday’s attack on an LGBT nightclub in Florida, ACLU staff attorney Chase Strangio wrote: “The Christian Right has introduced 200 anti-LGBT bills in the last six months and people blaming Islam for this. No.” The attack has also renewed calls for lifting what advocates say is a medically unnecessary ban on blood donations from many gay and bisexual men.

In the wake of the deadly shooting at an LGBT nightclub in Orlando, Florida Democratic State Senator Geraldine Thompson is calling for Florida Republican Governor Rick Scott and other elected leaders to take action on gun control. “When will the time arrive? How many shootings must we have?” Thompson asks.

One country that fought to change the culture of gun violence and won is Australia. In April of 1996, a gunman opened fire on tourists in Port Arthur, Tasmania, killing 35 people and wounding 23 more. Just 12 days after the grisly attack and the public outcry it launched, Australia’s government responded by announcing a bipartisan deal to enact gun control measures. The pact included agreements with state and local governments. Since the laws were passed—now 20 years ago—there has not been a mass shooting in Australia, and overall gun violence has decreased by 50 percent.