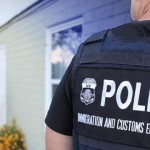 Homeland Security Secretary John Kelly has drafted and signed sweeping new guidelines to speed up the mass deportation of undocumented immigrants currently living in the United States. The memos instruct federal agencies to begin hiring 10,000 more Immigration and Customs Enforcement agents, as well as 5,000 more Border Patrol agents. They also detail plans to accelerate deportation hearings and to expand the number of people prioritized for removal from the United States. McClatchy is reporting hundreds of thousands more undocumented immigrants in the United States would be subject to what’s known as expedited removal proceedings to get them quickly out of the country. According to McClatchy, children who arrived in the United States as “unaccompanied minors” would no longer be protected against deportation, and their parents would be subject to criminal prosecution if they had paid human traffickers to bring their children across the border. Franco Ordoñez, White House correspondent for the McClatchy Washington Bureau, offers his comments. His latest article is “DHS chief proposes prosecuting parents of children smuggled into U.S.”

Daniel Ramirez Medina’s Lawyer: “Absolutely No Evidence” to Support DREAMer’s Continued Detention
On Friday, a Seattle judge ruled not to release 23-year-old Daniel Ramirez Medina from the Northwest Detention Center at Tacoma, even though Ramirez, who was arrested by ICE agents more than a week ago, has permission to live and work in the United States under President Obama’s DACA program. Ramirez has been in the United States since he was seven years old.

Did Jeff Sessions Foreshadow New Immigration Crackdown in a Memo Before Becoming Attorney General?
McClatchy is reporting the harsh new draft orders signed by the Department of Homeland Security were largely endorsed by then-Sen. Jeff Sessions months before he took office as attorney general.

George Takei on 75th Anniv. of Internment of Japanese Americans & Why Trump is “The Real Terrorist”
Seventy-five years ago yesterday, on February 19, 1942, President Franklin Delano Roosevelt signed Executive Order 9066, which forced more than 120,000 men, women and children of Japanese descent into internment camps. This included nearly 70,000 American citizens. Over the weekend, “Day of Remembrance” events were held across the country to commemorate the 75th anniversary of the internment of Japanese Americans and legal residents. Many people are asking if history can repeat itself. In 2015, Trump defended his proposal for a total and complete ban on Muslims entering the United States and compared it to the actions of FDR. Juan interviews the legendary actor and activist George Takei, who grew up in an internment camp.

“For-Profit President”: A Look at How Trump Is Pushing Wholesale Corporate Takeover of the Gov’t
There has been a wholesale corporate takeover of the government. That’s the conclusion of a new report coming out today by the watchdog group Public Citizen. The report looks at how corporate America has benefited from Trump’s first month in office. Rex Tillerson, the former CEO of Exxon, is now secretary of state. Goldman Sachs alum now serve several top posts: Steven Mnuchin as treasury secretary, Stephen Bannon as Trump’s chief strategist and Gary Cohn as director of the United States National Economic Council. Trump has also signed executive orders to help undo the Dodd-Frank Wall Street reform law and repeal rules requiring financial advisers to give advice based on their customers’ best interests.