“The National Shame Continues”: On Its 14th Anniversary, Will Guantánamo Ever Be Closed? We are honored to offer this broadcast as part of our affiliation with the Pacifica Network.

Today marks the 14th anniversary of the opening of the U.S. military prison at Guantánamo, where 107 prisoners are still being held. Hina Shamsi, director of the American Civil Liberties Union’s National Security Project, represented Mohamedou Ould Slahi, one of the men still being held. Last year a book collecting Slahi’s diary writings became a surprise best-seller. “This is a shame that threatens more than ever to mar President Obama’s legacy as he leaves office, and the potential that he leaves office without closing Guantánamo,” Shamsi says. “There are many men unjustly continuing to be held at Guantánamo. My client’s story is symbolizing an aspect of it.” 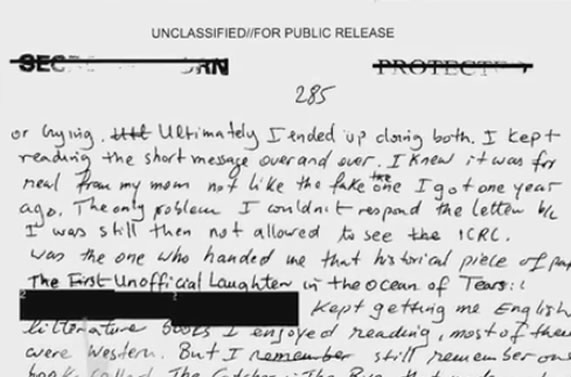