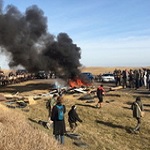 Today’s Democracy Now! visits Standing Rock, North Dakota, for an update on how hundreds of police with military equipment raided a resistance camp Thursday that was established by Native American water protectors in the path of the proposed $3.8 billion Dakota Access pipeline.

Today’s Democracy Now! visits Standing Rock, North Dakota, for an update on how hundreds of police with military equipment raided a resistance camp Thursday that was established by Native American water protectors in the path of the proposed $3.8 billion Dakota Access pipeline. More than 100 officers in riot gear with automatic rifles lined up across a highway, flanked by multiple MRAPs, an LRAD sound cannon, Humvees driven by National Guardsmen, an armored police truck and a bulldozer.

Water protectors say police deployed tear gas, mace, pepper spray and flash-bang grenades and bean bag rounds against the Native Americans and shot rubber bullets at their horses. “We learned a lot about the relationship of North Dakota to Native people,” says Tara Houska, national campaigns director for Honor the Earth. “I was standing next to a group of teenagers that were maced in the face… I was shot in the face by a bean bag round.”

Standing Rock Sioux Tribal Chair Dave Archambault II says he asked the Department of Justice to step in and ask the state not to proceed with the raid, and now calls on the Justice Department to launch an investigation into the use of force against those resisting the Dakota Access pipeline.

Additionally, telecommunications giant AT&T has agreed to purchase Time Warner for $85 billion. If approved by federal antitrust regulators, the megamerger would give AT&T control over Warner Bros. film and television studios, along with CNN, TNT, HBO and many other brands. Critics warn of further limits to competition and higher prices for customers. The merger could also allow AT&T to give preferential treatment to streaming video from Time Warner’s companies, which would violate the principles of net neutrality.

Meanwhile, AT&T is bracing for what is expected to be a lengthy antitrust review of the deal, which must be approved by the U.S. Justice Department and possibly by the FCC. “If you’re not a Time Warner shareholder, … if you’re not a Wall Street banker, there is very little in this deal for you,” says Craig Aaron, president and CEO of Free Press, which has come out against the multibillion-dollar merger. 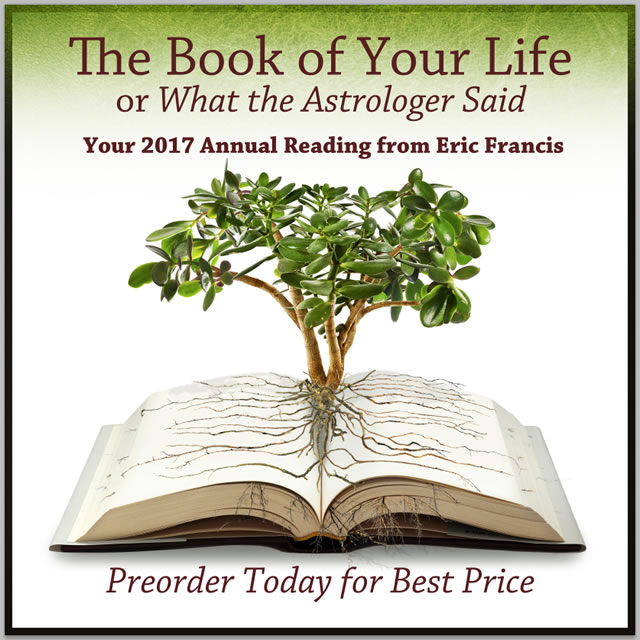