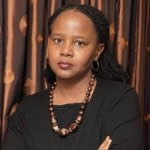 International condemnation of Donald Trump is growing after reports the president used an expletive during a meeting about immigrants from Africa, Haiti and El Salvador. While meeting with lawmakers, Trump reportedly said, “Why do we want all these people from Africa here? They’re shithole countries.”

NYC: Immigration Rights Activist Ravi Ragbir Detained at ICE Check-in Amid Protest, Police Violence
The executive director of New York City’s New Sanctuary Coalition has been detained by Immigration and Customs Enforcement. Ravi Ragbir is a nationally known immigrant rights activist whose wife and daughter are U.S. citizens. Born in Trinidad and Tobago, Ravi has lived in the United States for 27 years, but he faces deportation because of a 2002 wire fraud. On Thursday morning, Ravi was taken into custody, sparking a peaceful protest that was met with police violence. Police arrested 18 people including members of the New York City Council. Democracy Now’s Renée Feltz was there.

“Completely Racist”: Edwidge Danticat on Trump’s “Shithole Countries” Remark Targeting Africa, Haiti
International condemnation of Donald Trump is growing after reports the president used an expletive during a meeting about immigrants from Africa, Haiti and El Salvador. While meeting with lawmakers, Trump reportedly said, “Why do we want all these people from Africa here? They’re shithole countries… We should have more people from Norway.” Trump also reportedly said, “Why do we need more Haitians? Take them out.” Earlier this morning, Trump wrote on Twitter, “The language used by me at the DACA meeting was tough, but this was not the language used. What was really tough was the outlandish proposal made–a big setback for DACA!” Trump’s remarks come weeks after The New York Times reported Trump had also disparaged Haitians and Nigerians during a closed-door meeting in June. Trump said Nigerians would never “go back to their huts” if they came to visit the U.S. As for Haitians, Trump said they “all have AIDS.” Trump’s latest remarks come just after his administration announced it is ending temporary protected status for up to 250,000 Salvadorans who have been living in the U.S. since at least 2001. Last year, the Trump administration announced it is also ending temporary protected status for tens of thousands of Haitian, Nicaraguan and Sudanese immigrants living in the United States. Trump’s remarks from Thursday have been condemned across the globe.

Extended Interview: Meet Five of the Women Who Staged Golden Globes Protest Against Gender Violence
Extended interview with five of the women who took part in the “Time’s Up!” protest at the Golden Globe Awards, where the red carpet went dark, with many dressed in black to show their solidarity with the movement to demand gender and racial justice and a world free of sexual harassment and assault. Guests are Tarana Burke, founder of the #MeToo movement; actress Shailene Woodley; Mónica Ramírez of the National Farmworker Women’s Alliance; Calina Lawrence of the Suquamish Tribe; and Ai-jen Poo of the National Domestic Workers Alliance.