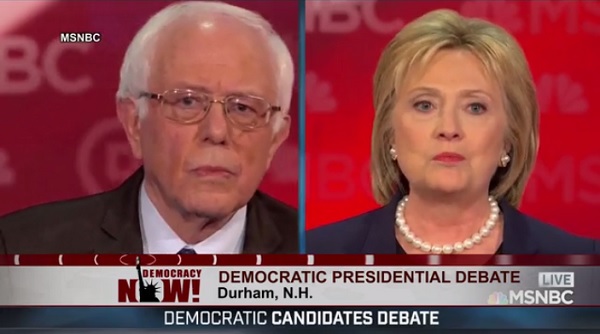 The debate between the Democratic candidates gets serious. Image: video still