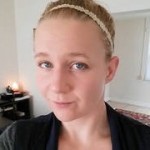 NSA whistleblower Reality Winner was handed the longest sentence ever imposed in federal court for leaking government information to the media Thursday. She is the first person to be sentenced under the Espionage Act since President Trump took office.

Mother of NSA Whistleblower Reality Winner: My Daughter Was “Nailed to the Door” by the Trump Admin
NSA whistleblower Reality Winner has been sentenced to five years and three months in prison—the longest sentence ever imposed in federal court for leaking government information to the media. Twenty-six-year-old Reality Winner is the first person to be sentenced under the Espionage Act since President Trump took office. Her sentencing Thursday came after she pleaded guilty in June to transmitting a top-secret document to a news organization. She had faced up to 10 years in prison.

James Risen: Reality Winner’s Sentence Is One of the Worst Miscarriages of Justice in Recent History
NSA whistleblower Reality Winner was handed the longest sentence ever imposed in federal court for leaking government information to the media Thursday. She is the first person to be sentenced under the Espionage Act since President Trump took office. Winner was arrested by FBI agents at her home in Augusta, Georgia, on June 3, 2017, two days before The Intercept published an exposé revealing Russian military intelligence conducted a cyberattack on at least one U.S. voting software company just days before the U.S. presidential election. The exposé was based on a classified NSA report from May 5, 2017, that shows that the agency is convinced the Russian General Staff Main Intelligence Directorate, or GRU, was responsible for interfering in the 2016 presidential election.

Is Trump Above the Law? James Risen on Prosecuting the President & Why Press Needs to Fight Back
In the wake of President Trump’s former attorney Michael Cohen’s plea deal and former campaign manager Paul Manafort’s guilty verdict, many are advocating for Trump’s impeachment. The Intercept’s James Risen says lawmakers should indict Trump and prosecute him in a federal court.

17-Year-Old Helps Win Last-Minute Stay of Deportation For His Mom—Now She’ll See Him Start College
A Bangladeshi woman facing deportation has been granted a last-minute stay following public outcry against her removal. Salma Sikandar’s deportation was halted less than 24 hours before she was supposed to board a one-way flight to Bangladesh, leaving behind her husband and 17-year-old son, who is a U.S. citizen. Sikandar has lived in the United States for nearly 20 years. But in June she was told by Immigration and Customs Enforcement that she had to leave the country by August. That’s when her community stepped in, staging protests in New Haven and a hunger strike outside the ICE office in Hartford, demanding Sikandar be allowed to stay in the United States. Salma Sikandar and her son Samir Mahmud, who will start his freshman year at Quinnipiac University next week, discuss her situation. It has been Sikandar’s lifelong dream to send her son to college.