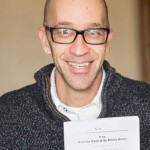 In a major victory for civil liberties advocates, the Supreme Court has unanimously ruled to limit the practice of civil asset forfeiture—a controversial practice where police seize property that belongs to people suspected of crimes, even if they are never convicted.

Ending the Punishment of Poverty: Supreme Court Rules Against High Fines & Civil Asset Forfeiture
In a major victory for civil liberties advocates, the Supreme Court has unanimously ruled to limit the practice of civil asset forfeiture—a controversial practice where police seize property that belongs to people suspected of crimes, even if they are never convicted. On Wednesday, the court ruled the Eighth Amendment protects people from state and local authorities imposing onerous fines, fees and forfeitures to generate money. The case centered on an Indiana man named Tyson Timbs, whose Land Rover was seized when he was arrested for selling drugs. The vehicle was worth $42,000—more than four times the $10,000 maximum fine Timbs could receive for his drug conviction under state law. On Wednesday, the Supreme Court unanimously ruled in Timbs’s favor. Writing on behalf of the justices, Ruth Bader Ginsburg said, “The historical and logical case for concluding that the 14th Amendment incorporates the Excessive Fines Clause is overwhelming.” Lisa Foster, co-director of the Fines and Fees Justice Center is interviewed. Her organization filed an amicus brief in the Supreme Court case. Foster is a retired California judge. She served in the Justice Department during the Obama administration and led the department’s efforts to address excessive fines and fees.

Climate Denier to Head New Trump Panel Despite Once Comparing Climate Scientists to Nazis
The White House is reportedly organizing a new committee to examine whether climate change poses a threat to national security, to be led by notorious climate change denier, Princeton University professor emeritus William Happer. Observers say his involvement in the “Presidential Committee on Climate Security” indicates the Trump administration wants to undermine findings within the national security community that climate change poses a severe threat to human safety. William Happer is a National Security Council senior director who has long claimed increasing the amount of carbon dioxide in the atmosphere will actually benefit humans. He has compared the fight against climate change to the Holocaust, saying, “The demonization of carbon dioxide is just like the demonization of the poor Jews under Hitler.” Journalist David Wallace-Wells is interviewed. HE is the deputy editor and climate columnist for New York magazine. His new book is titled “The Uninhabitable Earth: Life After Warming.”

The Uninhabitable Earth: Unflinching New Book Lays Out Dire Consequences of Climate Chaos
“It is worse, much worse, than you think.” That’s the opening line of a damning new book by journalist David Wallace-Wells that offers an unflinching look at the growing climate catastrophe. “The Uninhabitable Earth: Life After Warming” sounds the alarm about the climate crisis and the need for swift and radical action to save the planet from unimaginable destruction. Wallace-Wells is interviewed about the rapid heating of the planet, which he says could reach more than 4 degrees Celsius by 2100.