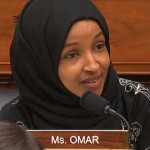 Ilhan Omar Grills Trump’s Venezuela Envoy Elliott Abrams on His Role in US-Backed Genocide in 1980s
The new U.S. special envoy to Venezuela, Elliott Abrams, testified on Capitol Hill Wednesday on U.S. efforts to oust Venezuelan President Nicolás Maduro. Abrams spoke three weeks after the U.S. recognized opposition leader Juan Guaidó as Venezuela’s new president. Since then, the U.S. has placed sweeping sanctions on Venezuela’s state-run oil company and rejected calls for an international dialogue to resolve the crisis. Elliott Abrams is a right-wing hawk who was convicted in 1991 for lying to Congress during the Iran-Contra scandal, but he was later pardoned by President George H.W. Bush. Abrams defended Guatemalan dictator General Efraín Ríos Montt as he oversaw a campaign of mass murder and torture of indigenous people in Guatemala in the 1980s. Ríos Montt was later convicted of genocide. Abrams was also linked to the 2002 coup in Venezuela that attempted to topple Hugo Chávez. Democratic Congressmember Ilhan Omar of Minnesota questioned Abrams about his record on Wednesday during his testimony before the House Foreign Affairs Committee.

Roberto Lovato: Elliott Abrams Is Bringing Violence of 1980s U.S. Latin America Policy to Venezuela
President Trump met with Colombian President Iván Duque at the White House Wednesday to discuss ongoing efforts to topple the Venezuelan government, the same day that U.S. special envoy to Venezuela Elliott Abrams faced questioning from Congress about his role in atrocities carried out in Latin America in the 1980s. This includes defending Guatemalan dictator General Efraín Ríos Montt’s campaign of mass murder and torture of indigenous people. Roberto Lovato is an independent journalist working out of the San Francisco Writers’ Grotto, and speaks about the violent history of Elliott Abrams and the U.S.-backed opposition in Venezuela.

One Year After Parkland, 1,200 More Kids Are Dead by Gunfire—But Students Still Fight for Gun Safety
It’s been one year since the devastating massacre at Marjory Stoneman Douglas High School—the deadly school shooting in Parkland, Florida, that galvanized the nation to take action against gun violence and turned a generation of young people into activists. On February 14, 2018, a former student armed with a semiautomatic AR-15 entered Marjory Stoneman Douglas High School and opened fire, gunning down 17 students, staff and teachers in just three minutes. It was one of the deadliest school shootings in U.S. history. Students who survived the massacre quickly came to national prominence as leading activists for gun control. Lois Beckett is a senior reporter at The Guardian covering gun policy. Her latest piece is titled “’We can’t let fear consume us’: why Parkland activists won’t give up.”