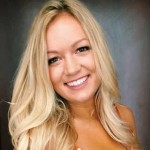 Two women were shot and killed at a yoga studio in Tallahassee, Florida, on Friday when a far-right extremist and self-proclaimed misogynist entered a yoga class and opened fire.

“He Set Out to Kill Women”: Self-Proclaimed Misogynist Murders 2 Women at Florida Yoga Studio
Two women were shot and killed at a yoga studio in Tallahassee, Florida, on Friday when a far-right extremist and self-proclaimed misogynist entered a yoga class and opened fire. Forty-year-old gunman Scott Beierle murdered 61-year-old Nancy Van Vessem, a medical doctor and a faculty member at Florida State University, and Florida State University student 21-year-old Maura Binkley in the deadly shooting. He critically injured four other women, including one woman who was shot nine times. Beierle also pistol-whipped a man in the rampage before turning the gun on himself. Police say Beierle was found dead at the yoga studio from a self-inflicted gunshot wound. Beierle had a track record of attacking women, black people and immigrants via online videos and songs and had previously been investigated for harassing women and arrested at least twice, once on allegations of battery against women. Soraya Chemaly in Washington, D.C. is interviewed. She is a longtime writer and feminist activist and author of the new book “Rage Becomes Her: The Power of Women’s Anger.” She is also director of the Women’s Media Center Speech Project.

Noam Chomsky on Midterms: Republican Party Is the “Most Dangerous Organization in Human History”
In the run-up to the U.S. midterm elections, the world-renowned linguist, dissident and author Noam Chomsky is interviewed. “What are the domestic policies of the Trump administration?” Chomsky says. “Very straightforward: lavish gifts on the rich, powerful corporate sector and try to undermine and destroy anything that might be of benefit to the general population.”

A March to Disaster: Noam Chomsky Condemns Trump for Pulling Out of Landmark Nuclear Arms Treaty
President Donald Trump recently announced plans to pull the United States out of a landmark nuclear arms pact with Russia in a move that could spark a new arms race. President Ronald Reagan and former Soviet leader Mikhail Gorbachev signed the Intermediate-Range Nuclear Forces (INF) Treaty in 1987. The INF banned all nuclear and non-nuclear missiles with short and medium ranges. The treaty helped to eliminate thousands of land-based missiles. World-renowned political dissident, linguist and author Noam Chomsky speaks about the significance of the INF treaty and the impact of Trump’s plan to pull out.

Noam Chomsky: The Future of Organized Human Life Is At Risk Thanks to GOP’s Climate Change Denialism
Just weeks after the United Nations warned that humanity has only a dozen years to mitigate global warming and limit the scope of global catastrophe, world-renowned political dissident, linguist and author Noam Chomsky comments. He says, “We have to make decisions now which will literally determine whether organized human life can survive in any decent form.”