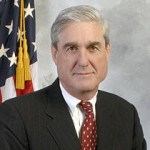 It has been another extraordinary 24 hours in the nation’s capital. In the biggest news of the day, Deputy Attorney General Rod Rosenstein appointed former FBI Director Robert Mueller to serve as a special counsel to oversee a probe into Russian government efforts to influence the 2016 presidential election.

Could Narrow Scope of New Special Counsel Miss Wider Corruption in Trump White House?
It has been another extraordinary 24 hours in the nation’s capital. In the biggest news of the day, Deputy Attorney General Rod Rosenstein appointed former FBI Director Robert Mueller to serve as a special counsel to oversee a probe into Russian government efforts to influence the 2016 presidential election. The move came one day after reports emerged that President Trump had personally asked former FBI Director James Comey to end the agency’s investigation into Trump’s former national security adviser, Michael Flynn, who was fired for lying both publicly and privately about his contacts with Russian officials. In another new development, The New York Times reports Trump picked Michael Flynn as his national security adviser even though Flynn had warned Trump’s transition team that he was under federal investigation for secretly working as a paid lobbyist for Turkey during the campaign.

Saying “No to Silence”: Hear Murdered Mexican Journalist Javier Valdez in His Own Words
“Let them kill us all, if that is the death sentence for reporting this hell. No to silence.” Those are the words of award-winning Mexican reporter Javier Valdez, after one of his colleagues, Miroslava Breach, was assassinated in late March. On Monday, Valdez was also assassinated, dragged out of his car and shot 12 times, less than a block from the office of Ríodoce, the newspaper he co-founded in the Mexican state of Sinaloa. The killing of Valdez, who wrote for the prominent newspaper La Jornada, has sparked widespread outrage across Mexico. On Tuesday, as hundreds of people gathered for Valdez’s funeral in Culiacán, Sinaloa, hundreds more protested outside the Interior Ministry in Mexico City. Multiple Mexican digital media outlets also went on a 24-hour strike, refusing to publish anything but a black banner with the names of the journalists assassinated in Mexico so far this year: Cecilio Pineda, Maximino Rodríguez, Ricardo Monlui, Filiberto Álvarez, Miroslava Breach and Javier Valdez. This segment airs Valdez’s 2011 speech when he came to New York to receive the International Press Freedom Award from the Committee to Protect Journalists.

Anabel Hernández on the Death of Javier Valdez & Mexican Journalists Confronting a Surge in Violence
Since 2000, more than 100 journalists have been murdered in Mexico. A recent report by the International Institute for Strategic Studies says that Mexico endured the second most conflict deaths of any country in the world last year, with a staggering 23,000 people killed amid the country’s so-called war on drugs. Mexico was second only to Syria, where 50,000 people were killed in 2016 by the ongoing war. The third, fourth and fifth most dangerous countries were Iraq, Afghanistan and Yemen. We speak with Mexican journalist Anabel Hernández, who has faced attacks and death threats for her reporting on the Mexican drug trade and has said, “A journalist who has to walk with bodyguards is an embarrassment for any nation.”