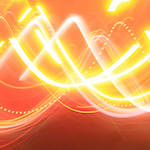 Mercury may still be two weeks from its station retrograde in Scorpio on Oct. 31, but its effects have been emerging all week. Amanda Painter considers the Sun-Eris opposition against this backdrop, along with the potential for rewarding (if intensive) self-awareness and new ways of relating.

Mercury may still be two weeks from its station retrograde in Scorpio on Oct. 31, but I feel like I’ve been noticing its effects all week. How about you? Hopefully this means the retrograde proper will be less about glitches and more about rewarding (if intensive) introspection and evolution — though that’s always partly a matter of personal intention and perspective. 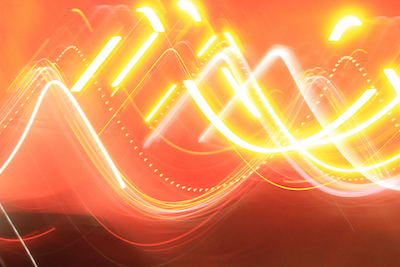 Against this mercurial backdrop, the sky is offering some additional prompts to assist you on your journey of self-awareness — and in just trying to get by. Given the chaos and confusion the world is throwing at us (such as Pres. Trump escalating conflict between Syria and Turkey by turning on allied Kurdish rebels — on a dime, and apparently on a bluff), sometimes just trying to get by constitutes a day well lived.

Today’s major aspect is an opposition between the Libra Sun and Eris in Aries. On one level, this is the ‘other shoe’ dropping in our fall preview of the January Saturn-Pluto conjunction in Capricorn, which will be square Eris.

It looks like a hint to notice whether any themes of chaos, subversive behavior, or fractured identity are factors in any undercurrents of change you may be feeling. Same goes for personal events that are part of an actual process of dismantling and restructuring, or which relate to questions of power and authority.

I described the Sun-Eris opposition in a more ‘day to day’ or mundane level in Written in the Planets for yesterday and today, which I’m going to borrow from here. Sun-Eris appears to describe a situation where one person is stirring the pot, and another person is doing their best to please everyone and find the point of balance. You may find yourself in the role of peacemaker or of trying to get things started today — the Libra Sun role — potentially in response to someone who’s being less than direct about their needs. Manipulative or attention-seeking behaviors are the thing to watch for.

Can you respond by taking a stance that is fair and balanced, yet still cuts through the bullshit? This kind of thing calls for being specific; that is, being able to identify why certain behaviors are counterproductive. You can do this with understanding and empathy, rather than as a punitive or shaming act.

Ask yourself: What’s it like to set boundaries and make corrections, yet allow a person to maintain their dignity? Does that generally happen best in public or in private? How do you maintain your own healthy boundaries, and not get sucked into enabling or codependent dynamics, passive-aggressive retaliation, or game playing? Sometimes walking away and refusing to engage with (or feed) toxic behaviors is the best and most balanced response for everyone.

On the flip side, if you feel like you’re having a hard time this week, how are you expressing that? Are you able to articulate what is triggering you, what the trigger is tapping into (usually insecurities rooted in the past), and what you feel like you need in response?

It’s the inability to acknowledge these things to yourself (or an inability to speak it to those you’re interacting with), which can start to come out sideways. When that happens, we often sabotage the very things we desire most — namely: healthy, functional, trust-based, respectful relationships with others, and with ourselves. This potentially describes being in the Eris position in an interpersonal dynamic.

When you can articulate what’s going on for you in a more constructive way, you allow others to meet you more cooperatively. It’s a win-win. Note also that any planetary aspect describes our own inner facets, in addition to external encounters; sometimes this comes through someone mirroring our own ‘stuff’ back to us via their behavior.

As we get into the weekend, Mercury makes its own contact with the Saturn-Pluto conjunction, by making a sextile to Pluto (exact Saturday). You may find yourself extra inclined to dig under the surface of the changes you desire and need, or the ones you are resisting. What’s it all about? Mysteries of all sorts could prove attractive the next few days, and will likely reward you with new insights if you investigate.

Even the mystery of creation may be within your grasp — in a sense. The Sun is making a conjunction to the dwarf planet Haumea in Libra (named for a Hawaiian creation goddess), exact Saturday. You may very well be poised to birth some new relationship (or new stage of a relationship) from unusual or unexpected parts of your life. As in, social spheres where relationships might not normally spring up for you; or relating to someone from a newfound understanding of yourself. If that describes birthing a newly balanced relationship to some facet of yourself, all the better.