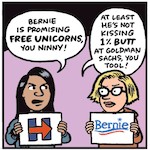 Jen Sorensen imagines where too much in-fighting among Democratic voters could lead. 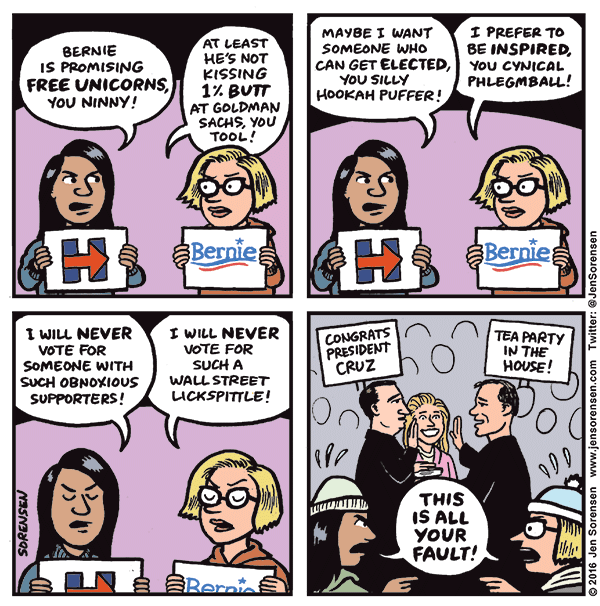 8 thoughts on “Can’t we all just get along?”