Matt Bors points out a flaw in the thinking of those who fear for their daughters’ safety in bathrooms — and a flaw in Donald Trump’s excuses. If only the Scooby Doo crew could really show up and solve this mess… 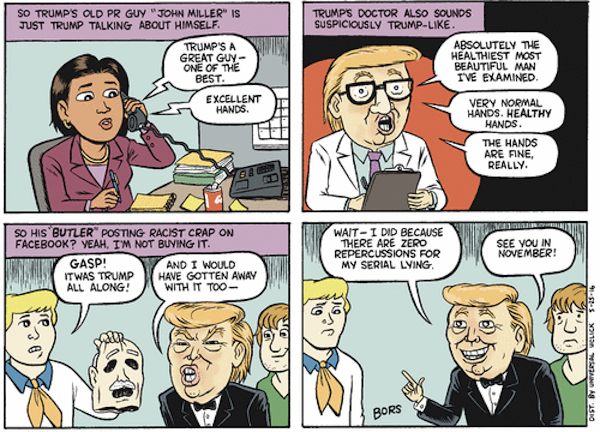 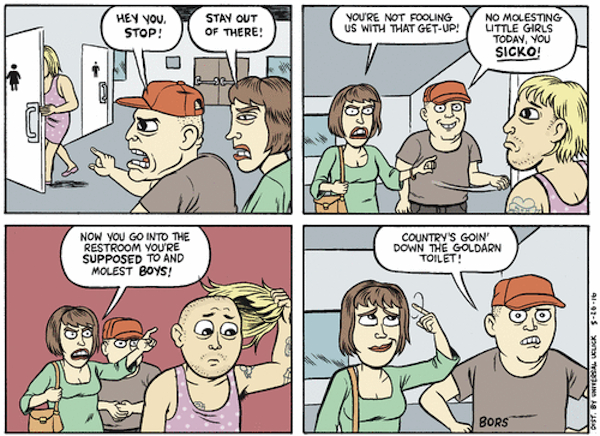